A Brief, Unedited Reflection on the History of my Failed Media Projects 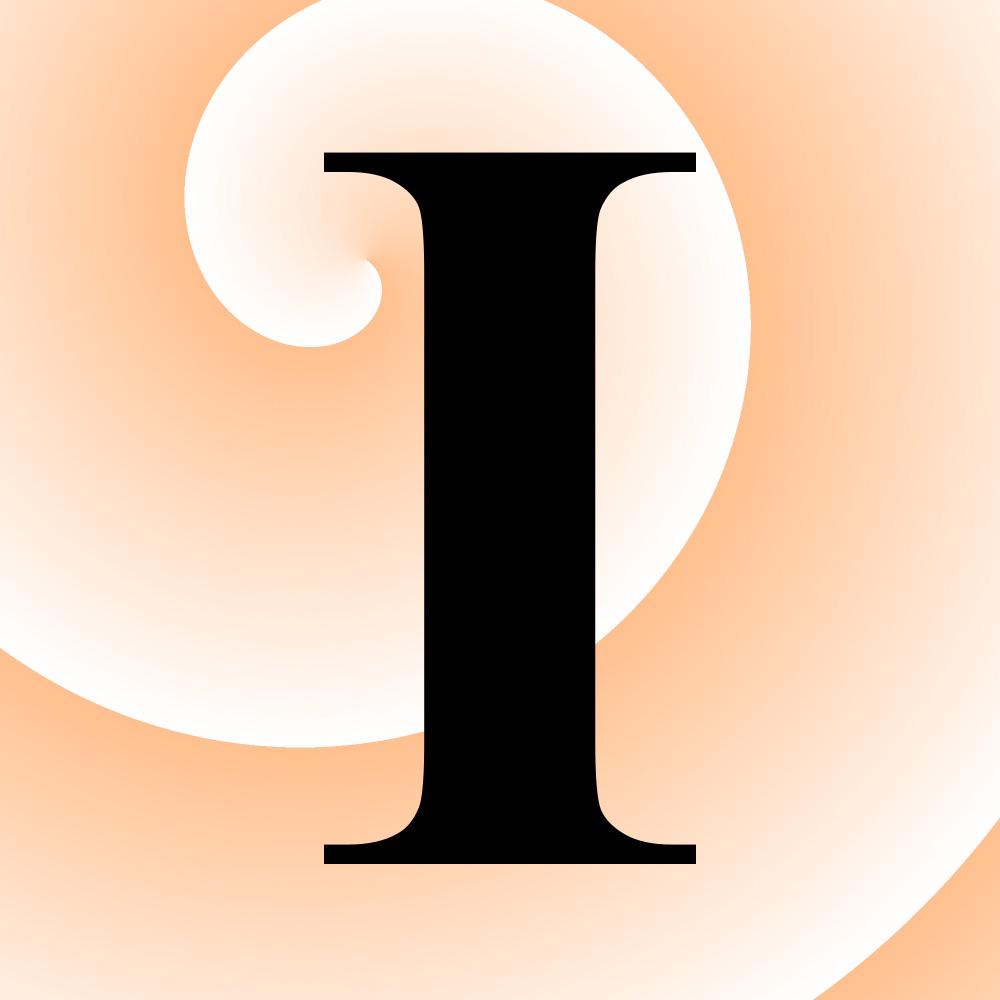 All of this may one day be worth significantly more revision and/or visibility in the future, but for now, just know that I rambled out all of this because it’s by far my most effective way to think, and this darned lowkey blog post has just provided a very long-overdue opportunity for it. Please feel free to read or even respond to it, if you’d like, but I’d like to ask that you don’t panic or circulate it. Thanks.

So far… the only intercorrespondence between staff at Inmunis is people having a problem with one another.
Before Extratone, there was Inmunis﻿ – my first, relatively short-lived attempt to launch an online magazine which wasn’t particularly important, but the experience surely did contribute to and inform my progression in understanding media that led to my (utter bewildered) current state. Anyhow, it’s fun to look back. Here’s the web archive’s last snapshot. 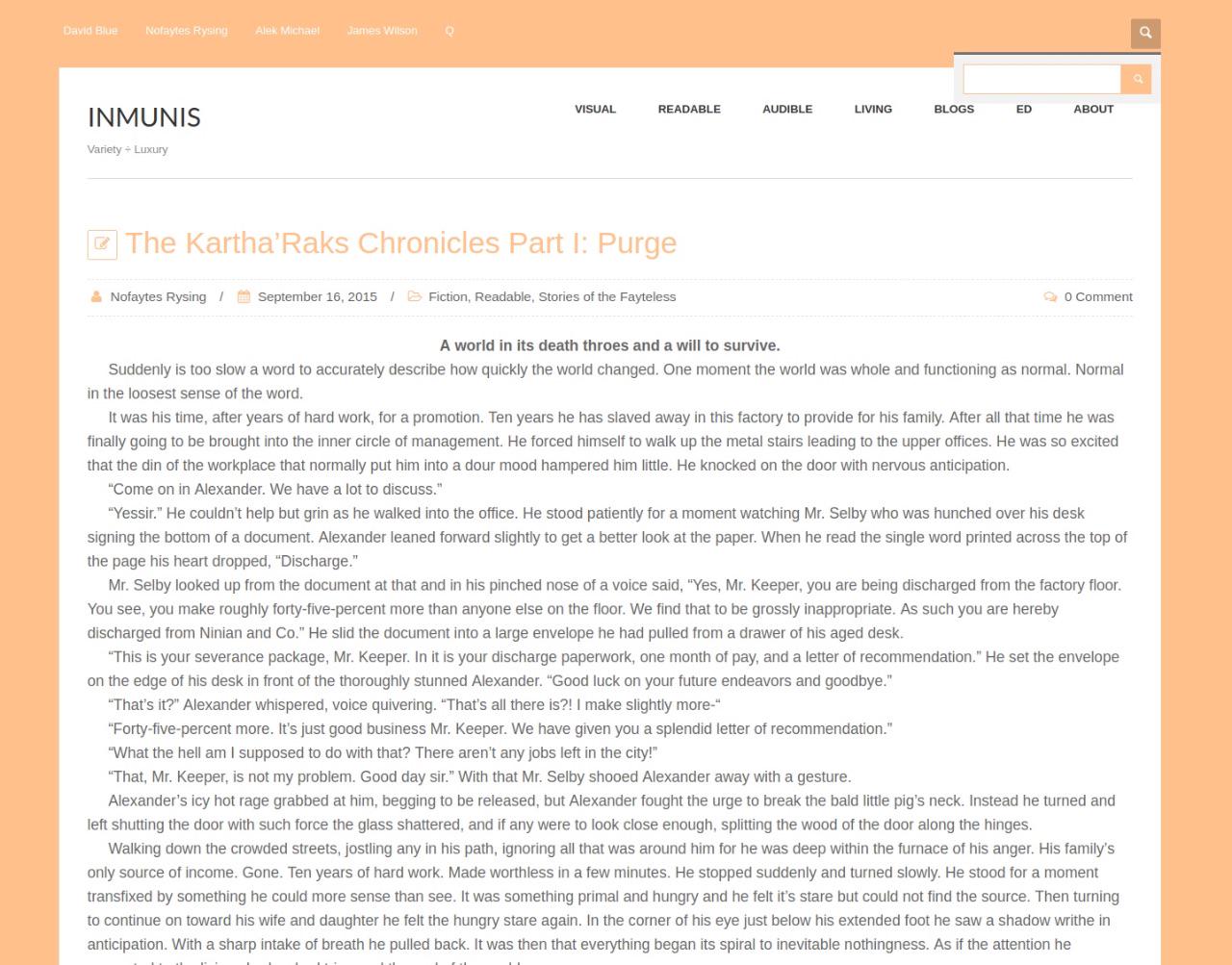 This, a derelict Twitter account, and two film reviews by James Wilson are all that’s left of inmunis.co.uk for good reasons – many of which I did not entirely shed when I tried again. Until I started Extratone and made doing “this” – incessantly reading/exploring the web, obsessively tinkering and experimenting with The Extranet – I actually had very little knowledge on or exposure to the state of digital publishing or the real depth of variety to be found with any significant effort to comprehend the current offering real, surviving magazines, online or not, yet was dumb and arrogant enough to assume that I’d seen it all and none of it was even close to good enough for me to read or seek to write for. I was actually delusional enough to regard myself as too smart and one-of-a-kind to lower myself by going back to journalism school – that I was so special, anything I put effort in creating was destined to turn out superb. Granted, I’d had the actual idea for less than two weeks before I experienced by far the most traumatic, soul-destroying, world-upturning, and life-altering event of my entire existence, which I think accounts for the insanity, and all of my decisions were inevitably preempted by the fact that I was a 21-year-old straight white male community college dropout, which accounts for (but does not excuse) their absurdity.

I’ve publicly implied before that it was probably only thanks to Drycast – which was also in its infancy during the time of The Big Event (episode 7 was published just two days before) – and its weekly obligation to sit down and talk with my favorite people about interesting stuff that I did not end up dead or institutionalized in 2015 (I wish I was exaggerating.) If there is a Gourd, let it be known that he is fully up-to-date and brand-activated – he sent me a fucking podcast to save my life.

Reading and compiling stories for the show notes throughout the week provided an early avenue for exploring and embedding myself into media. Beyond the actual content, even, it’s been the rationality in the tone which journalists generally adhere to that has drawn me in and provided a brighter and brighter guiding light to help keep my sanity in check after my world ended because New Media values empathy in tandem with critical thought. All my life, it’s been very important to me that I continue to learn the best way to both appear and feel smart and functional. I’ve long since accepted that I am very fucking weird – and not in the wow, I dye my hair bright red sort of way which helps people feel unique, but in the holy shit, I’m terrified of what would actually result in losing control of my facade sort, which is actually much less sinister than it sounds for you, and infinitely moreso for me.

This is why I still have a very infantile habit of becoming overwhelmingly frustrated with those who socially emphasize and celebrate their “weirdness” as an important part of their identity because my self-perception has long since transitioned from regarding my deviations as something that made me “unique,” to gigantic obstacles in the way of every possible aspiration which I’ll probably never overcome, but am doomed to kill myself trying. I’m now working on learning to appreciate those very fucking common people who are determined to prove how strange they are because ultimately, my own self-perception is just as ignorant, loneliness is not a virtue, and I’ve only maintained the whole charade because I’d rather have delusions of grandeur than acknowledge that I am also mostly unoriginal, and most of my truly more “original” behaviors could easily be described as simply unhealthy.

This is an important confession for this explanation because its “solution” is another crucial motivation behind my creation of Extratone – as both a symbolic and literal means of understanding and minimizing my own biases and bitterness by 1) surrounding myself with the huge amount young, talented people I knew with great ideas and 2) editorially committing to curiosity as the most precious ideal in writing (and in life.)

I do know that – for whatever reason – I really do have a special knack for identifying the culture and creators that are truly fresh, innovative, even cool among those who can’t comprehend or stand it and the heartbreaking number of those who actualize themselves by trying to act aggressively apathetic toward the status quo. This sense is far from 100% reliable and is certainly not of a greater quality than everyone on Earth, but I would still confidently suggest it’s at least better than most, and – as most of us know – it especially jives with and defines the world of magazines.

As I did in Spring 2016, I still believe that Extratone is the best way for me to hone my greatest talents and shed my biggest problems – that it is the name I can place on my endless journey to improve myself, which – most importantly of all – will all the while achieve the tightest possible adhesion to the only meaning of “original” with any significance or real world value at all, which serves human curiosity without punishing it in any sense. I could actually just be crazy or completely, irrationally inverted – and I know it sounds abstract and preposterous – but I promise it’s my best shot at one day performing my optimal function for the world.

The very first thing I did after I’d arrived upon these hypotheses and been abruptly forced to cling to them as my last hope in life was to obsessively search for a single mantra/battlecry I could drill into my memory and could shout under duress – including the temptation to escape the whole lot of it – to succinctly remind myself that I had at least one logical chance at a fulfilling life (and yes, it’s still funny that the chance is, in fact, a Web Site.)

Scribam quid non legerim is possibly grammatically incorrect to a scholar, but it’s the best possible translation I came up with in my Latin research of “I will write what I have not read.” It’s cheesy, yes, and a bit cringey in the middle of just any old day when it happens to catch my eye where it’s proudly displayed, all-caps, in the footer of our CMS, and – I’ll be honest – I don’t know if I could explain it over coffee to a stranger without turning red and covering my face, as I once could, but it’s (sincerely, in this one ﻿case) real gravestone material. (As in, if someone were to read this after my death, they would be encouraged to receive it as a bonafide last wish.)