Email and I: An Abridged History 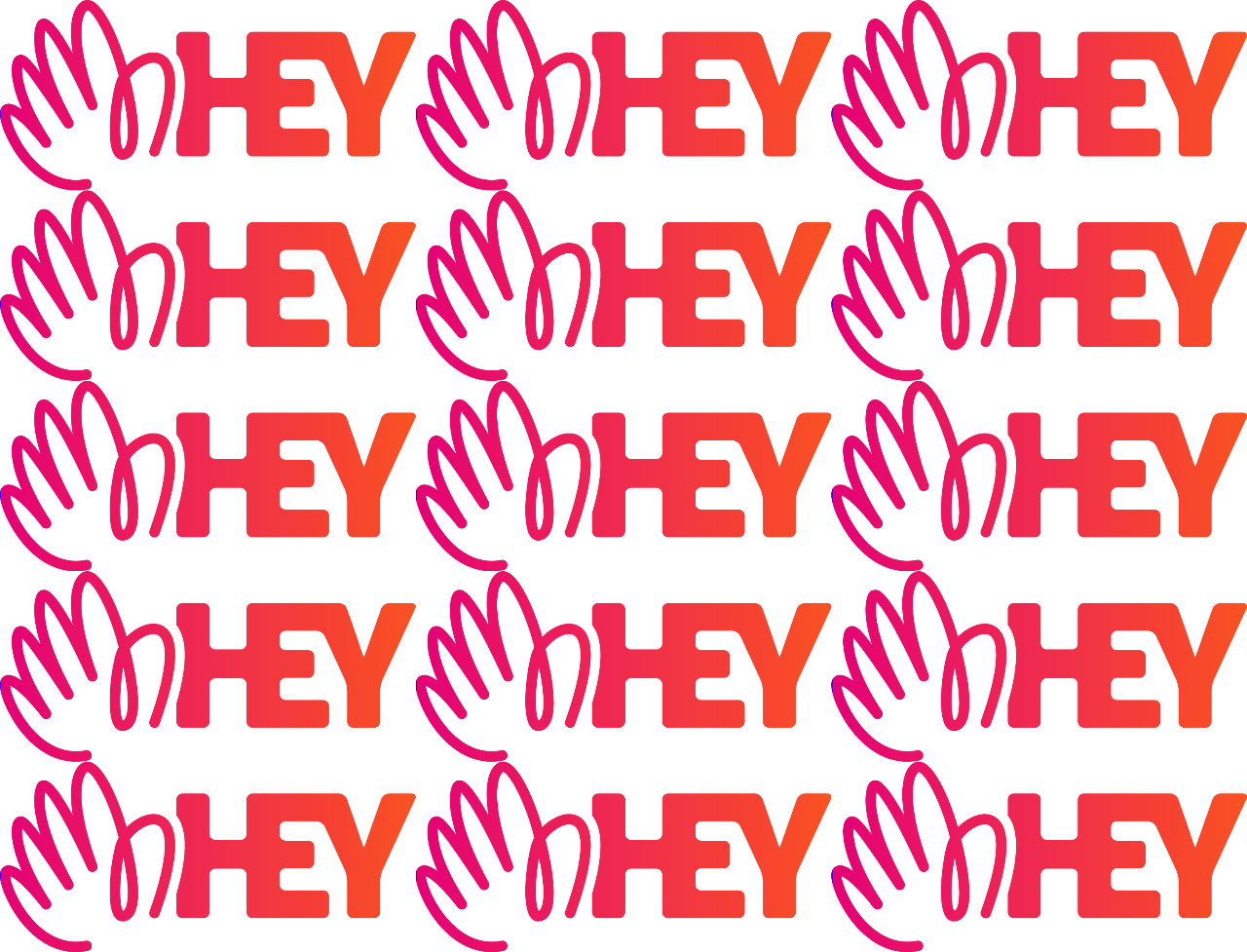 Basecamp's HEY matters, and not just because it took on Apple's App Store policies.

Something always worth celebrating: a considered, no-nonsense new effort to reimagine email. I've lived through many notable milestones in this regard: Apple Mail on the original iPhone, Gmail, Readdle's Spark, and (yes, really,) the revitalization of Microsoft's Outlook. Exciting innovations have abounded throughout email's history, but it's highly debatable whether or not any of them have really changed the way we use it in a profound way, yet I am unfailingly intrigued whenever somebody new comes along, so when I saw Casey Newton's story on The Verge's frontpage discussing Basecamp's HEY before I got out of bed on the morning of June 15th, I was delighted to see an organization still had the courage to invest their confidence and resources into their Ideas About Email. Originally, HEY's homepage included a prompt: “To get on the list, email iwant@hey.com and tell us how you feel about email. Could be a love story, or a hate story. Could be long, could be short. It’s your story, so it’s up to you.” Though I knew it'd likely never be read, I decided to write them a letter about my personal history with email, which turned into an entertaining enough anecdote to publish here.

The real reason HEY continued to be so widely covered by tech media, though, was its challenge to Apple's App Store policies after one of its updates was rejected by the marketplace just a day after Casey's story was published. Much drama ensued – I have done my best to aggregate links to all the news stories on the subject in a thread on the Extratone subreddit I recently started. I think the public resistance by Basecamp's CTO David Heinemeier Hansson was probably a PR move, which is fine, but all I wanted to contribute was a review of the actual function of HEY, itself. After reading posts by some of my favorite bloggers, however, I think it would be redundant. Kev Quirk argued “Email Is Not Broken,” to which Mike Stone responded “Email Is Broken.” Additionally, Business Insider's Lisa Eadicicco published an in-depth review at the beginning of the month.

My singular commentary: I'm worried that subscription services that exclusively accept large yearly sums like HEY inevitably become the “country club for the most self-important emailers in business” which Casey spoke of. I guess we'll see.

The following is an excerpt from my letter to HEY asking for a early-access invite.

Email and I: An Abridged History

I am 26 years old, so I suppose I'm of the first generation that's never experienced life without email. I grew up on a farm in rural central Missouri and my dad was very much an early adopter. (You'd be surprised how e-enabled farmers were becoming in the early 2000s.) I cannot remember life before the humongous satellite dish was anchored in our front yard. Long before I had any reason to be online (or really understood what that meant,) he began and ended every day sitting at in front of a CRT on a corner desk, clacking away on a cigarette smoke-yellowed plastic keyboard for hours. I did not understand why, then, but in retrospect I realize that he was corresponding with a huge network of neighbors, politicians, family, and college friends via email lists/chains and that he depended on it both professionally and personally in a big way. As a single man living at least an hour's drive from a city of any size, I suppose my dad was predisposed to have a rich online life long before his suburban peers, which normalized it precociously for me.

The summer before my first grade year, my elementary school became the first in the district to have a computer lab (also the first air-conditioned room in the building,) so my high school graduating class was literally the very first to have had any digital curriculum – and an email address(!) – for the entirety of our public school experience. Because of this, I think most of us were trained to think of email as a tool for school work – it was eluded to by our computer teachers that our school email addresses were being monitored to make sure they remained so (obviously, they weren't.) As we grew into 6th-7th grade, however, we all seemed to end up with personal email addresses. I consider myself lucky to have experienced a very brief window – before instant messaging/early social networks became mainstream and SMS became even remotely pleasant to use – when my middle school friends and I corresponded exclusively by email when we weren't on the phone.

It still sounds a bit silly to say, but I've spent the past few years coming to believe more and more strongly that my first-generation iPhone changed my life forever in a profound way – especially my relationship with email. After watching Steve Job's introduction at MacWorld 2007 live, I promised to skip a year of Christmas gifts if my mom would agreed to buy me one, and she did. Obviously, it was like nothing else I'd ever experienced, and it completely changed how I responded to and thought about technology. Before smartphones, there was no checking email outside of time in the computer lab, which was intended to be quite strictly-regulated. I had a real advantage when I started bringing my iPhone to school – absolutely no one knew what it was (a bizarre thought in contrast,) including teachers. Suddenly able to browse and read my inbox in class, at lunch, and on the bus, my use and consideration of email was propelled far ahead of my peers'.

#RealFriendsIn5Words sent it to your email.

When I started an online magazine in 2016, I don't think I could've conceived of the extent to which running a modern media company – even one targeted toward tech-savvy, early-adopting youth – still involves email. I assumed that my audience rarely actually read from their inboxes and relied almost exclusively on social networks for content discovery, so I originally forwent any implementation of a newsletter. As I grew more and more interested in and engaged with the media beat, I was exposed to the email renaissance of the past 2-3 years thanks to services like Revue and Substack, saw that it was good, and decided to give it a try for myself. I launched our semi-regular newsletter in April, 2017 on the subjects of “Division, Art, and Media” and published a little over 30 issues over the course of 18 months. To be honest, I'm not sure I've ever had so much fun writing.

Very shortly after it began, I observed our general engagement quadruple, and – quite selfishly – found the process of aggregation to be soothing and very mentally restorative. It exposed some pretty horrendous media consumption habits of mine, but it also offered a painless solution to them. As soon as everything I read became a potential item in the newsletter, I wasn't just reading for myself anymore (or at least, that's the mentality it gave me,) so I could no longer afford to dismiss particular subjects as easily or to skim so recklessly. I nurtured a much less chaotic media diet and found myself absorbing a lot more of what I wanted to without wasting so much time burning through links. I ended up feeling more focused in other, unrelated areas of my life, too. Obviously, I love email for that, and I miss writing that darn newsletter so much that I continuously look for excuses to do something similar.

My former Tech Editor loved email perhaps as much, but she's definitely the only person I've ever met who finds the medium as entertaining as I do. (If you're really committed, I just made a Twitter Moment full of all the best stuff I've ever posted about email – mostly jokes like “patron saint of email marketing,” but there are one or two profound posts in there, too.) We realized one day that – aside from The Webbys – there are very few notable awards celebrating excellence in the email medium, so we decided our magazine would host the 2017 First Annual Email Awards. Unfortunately, I don't think anyone else had any idea what the heck we were trying to do, so we never received enough submissions. However, I noticed a great opening paragraph in the original announcement post which I thought made a worthy conclusion:

I'm excited to give Hey a try – I hope you'll consider inviting me early. I'll even send my feedback if you so desire it! If not, I'll probably end up trying a paid subscription, anyway hehe. Either way, let me wish the best of luck to your team. Win or lose, I'm glad you're taking action on your complaints, unlike the rest of us.