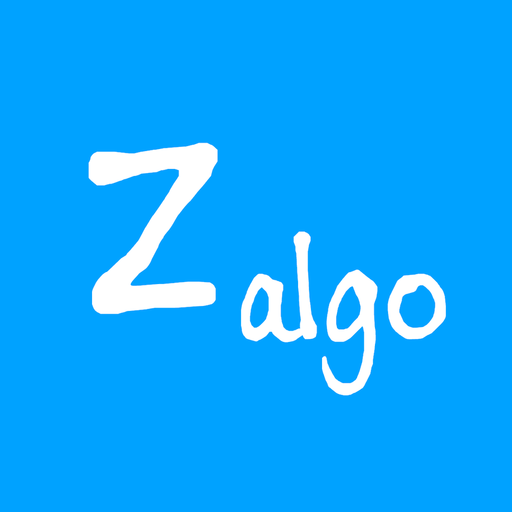 A warning siren sounds louder still for the current state of the Digital Divide than the profoundly ignorant spectacle of Mark Zuckerberg’s drooling, ghoulish interrogators last year from the digital hole of none other than W3School’s trusty web validator, which would surely be rated as the Most Anxious Being in History if it were to acquire sentience. The CSS file this very webpage referenced returned no fewer than 350 syntax errors at the time of this writing; Facebook dot com’s login page set off only 55. For going on a decade, now, the web has continued to expand into a grotesque, diseased mass.

Yet another piece of software I have notably been using for 10 years: the infamous eemo.net Zalgo web text fucker. Ideally, I’d now proceed to embed some special examples of the hedonistic online text vandalism which the tool enabled me to inflict widely throughout my adolescence. However – as you can probably imagine – searching for these criminally-broken posts using standard tools provided by the services that have hosted them is virtually futile. In retrospect, I do not recall ever eliciting any acknowledgment of Zalgo’s effects, yet I’m positive that at least the majority of my victims set eyes upon the mess at some point – their silence is actually more entertaining than not, I think. Despite my extensive use of the format, I made a point to maintain my total ignorance about the origin of “Zalgo” for the past decade – only spoiling it in the name of good journalism for your sake and this review.

On forums and image boards, scrambled text began being associated with Zalgo with phrases like “he comes” and “he waits behind the wall.” David Higgins revealed that the text is an ~abuse~ of a Unicode feature that enables the user to combine multiple superscript and subscript characters into a vertical line.

By bizarre coincidence or some ridiculously obscure, intractable common cultural thread (which would probably take a lifetime to successfully trace,) Dave Higgins and I were already mutuals on Mastodon before I had any idea his name was at all associated with Zalgo. More bizarre still: Dave must’ve been watching his timeline at the exact moment when I posted the above quote mentioning him.

Unfortunately, it seems his blog has moved, killing the hyperlink citation in one of the two relevant search engine results for “zalgo”: its Know Your Meme page. Searching the same term on his new WordPress blog yields absolutely nothing, so perhaps “I deny everything” was a more sincere response than one expected. A thread on Stack Overflow entitled “How does Zalgo text work?” explains the fuckery in more detail than I ever could:

You can easily construct a character sequence, consisting of a base character and “combining above” marks, of any length, to reach any desired visual height, assuming that the rendering software conforms to the Unicode rendering model.

There is something artistic about destroyed text like this – something that's more than just edgy chaos. I believe in “surreal memes” that can break Facebook and Twitter posts. I believe in Zalgo, and I believe you need Zalgo Generator for iOS on your phone right now.