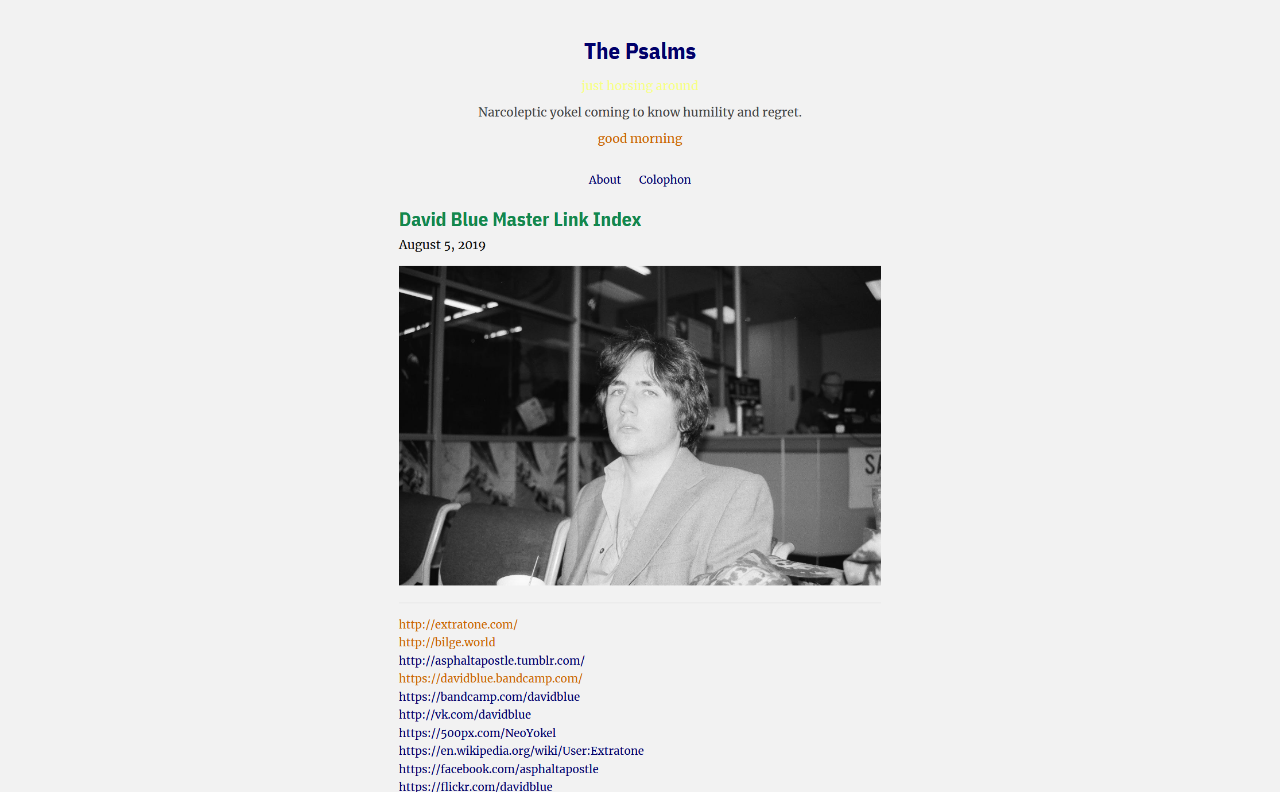 When I have to pee too much to actually finish anything.

I've updated the look of this blog with a theme adapted from “Anxiety” by Max Henderson but I've yet to update the colophon with the new colors (partially because I don't have the energy to name them yet.) Extratone's theme was listed on write.as' new themes project a while ago, of which I am quite proud. I've begun crossposting to Mastodon from Twitter again.

I'm mostly blogging because I am fairly stuck on the Volkwagen Atlas review I promised to get done this week. (That link is to an online Word doc of my live progress, on which I'd love any comments on if you have them.) I've been playing enough Gran Turismo Sport that I've created a new blog specifically for automotive writing at dieselgoth.com. There, on Titanic day, I made a post including an “exclusive” invite link to mastd.racing, which I would compel any enthusiasts among you to oblige. 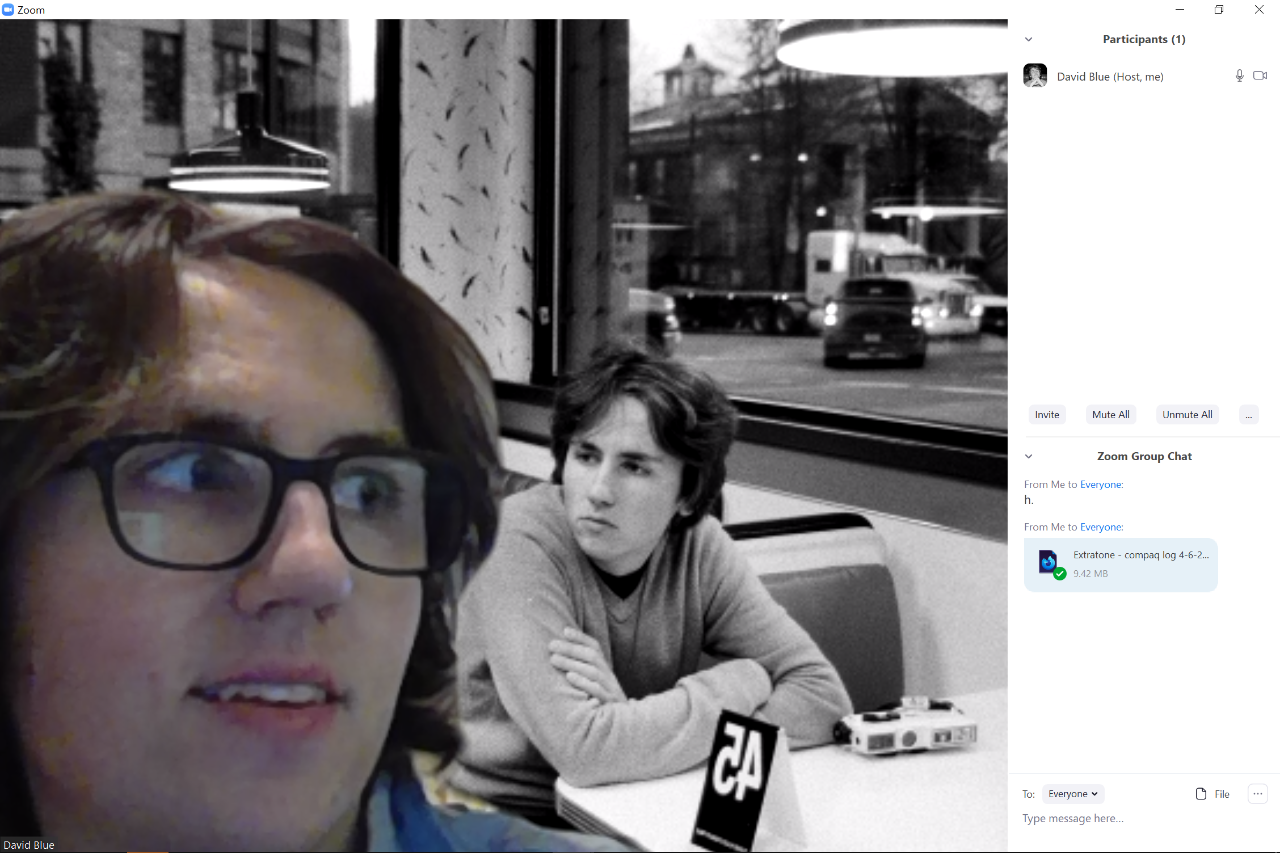 Hanging out with myself trying to get Zoom-bombed.

This feature on the Bandcamp Daily regarding “Bleep” has really been my shit. Imagine my 70-year-old mother dancing to this.

[Matt] Anniss subsequently went on a local Bristol internet station, penned a blog post, and posted a DJ set of Bleep, as a way to convince those same DJs that his thesis had some merit. He wrote an in-depth feature on the form for electronic music site Resident Advisor—which caused him to think bigger about this formative, unsung moment in UK dance music history. “I found the sound itself alien and otherworldly, but also endlessly fascinating for some reason,” he says. “It seemed so fresh and futuristic still, but also mysterious.”

Still waiting on my tax return/possible Corona stipend, I have lost my subscription to Google One, meaning the business Extratone Gmail (ihadtopee@gmail.com) is about to be unhooked(?)/deleted/no longer able to receive mail. As such, I've spent the past few days moving accounts to davidblue@extratone.com including the newsletters I'm most fond of (like Nextdraft.) This has given me a good opportunity to weed out those I don't particularly care about and to try using Outlook as my primary email client once again. Somehow, this has got me reverted into trying to make use of my Microsoft Office business subscription once again – I have (eeek!) not been writing in Markdown. May the Gourd have mercy on my text format-fucking soul. 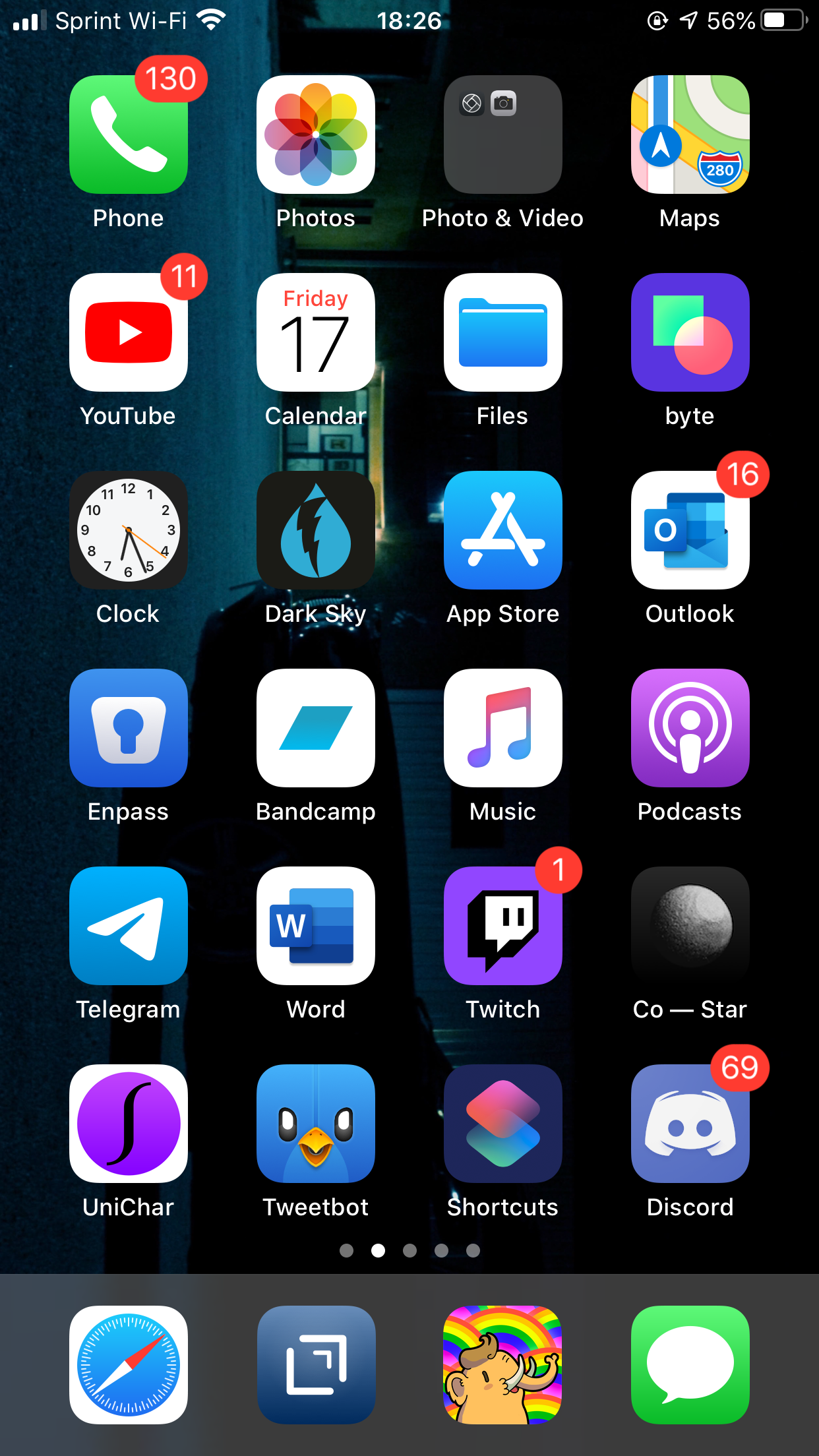 The other project I've been trying to distract myself from the Atlas review with is my list of poweruser/especially handy Windows/iOS/MacOS applications/tricks that I believe just about everyone should be using. From “Dirty Dave's Poweruser Tips” (working title):

I want you to come away from this list feeling as liberated and powerful as I do now when I’m On My Computer without any condescension or tedium. Unfortunately, there’s probably going to be some of both, so please stick with me and don’t take it personally. I do a lot of online reading, writing, and fiddling. I’ve been compelled to do these things in one form or another since very early childhood, and what follows could be described as a list of my favorite tools to accomplish things. Almost all of them are entirely free to use and the vast majority of them are easily and beautifully functional as well. They are what I suggest for my own mother to use, for what that’s worth, and I would argue sincerely for their extreme importance. Don’t waste your life on bad software.

In late March Nieman Lab's Laura Hazard Owen published “The long, complicated, and extremely frustrating history of Medium, 2012–present,” which includes the most complete, linear timeline of the website's existence anyone could ever ask for. Naturally – in classic medium fashion – she begins many of her sentences with “But,” which I really hate.

Why spend so much time worrying about what Medium is? Maybe because we wanted to know whether it was a friend or an enemy. The answer is that it’s neither. It’s a reflection of what the media industry has worried about, and hoped for, and not received. But Medium was never something that we would get to define. Instead, it’s turned out to be an endless thought experiment into what publishing on the internet could look like. That’s not much fun for people who got burned along the way, but Medium was never exactly ours to begin with.