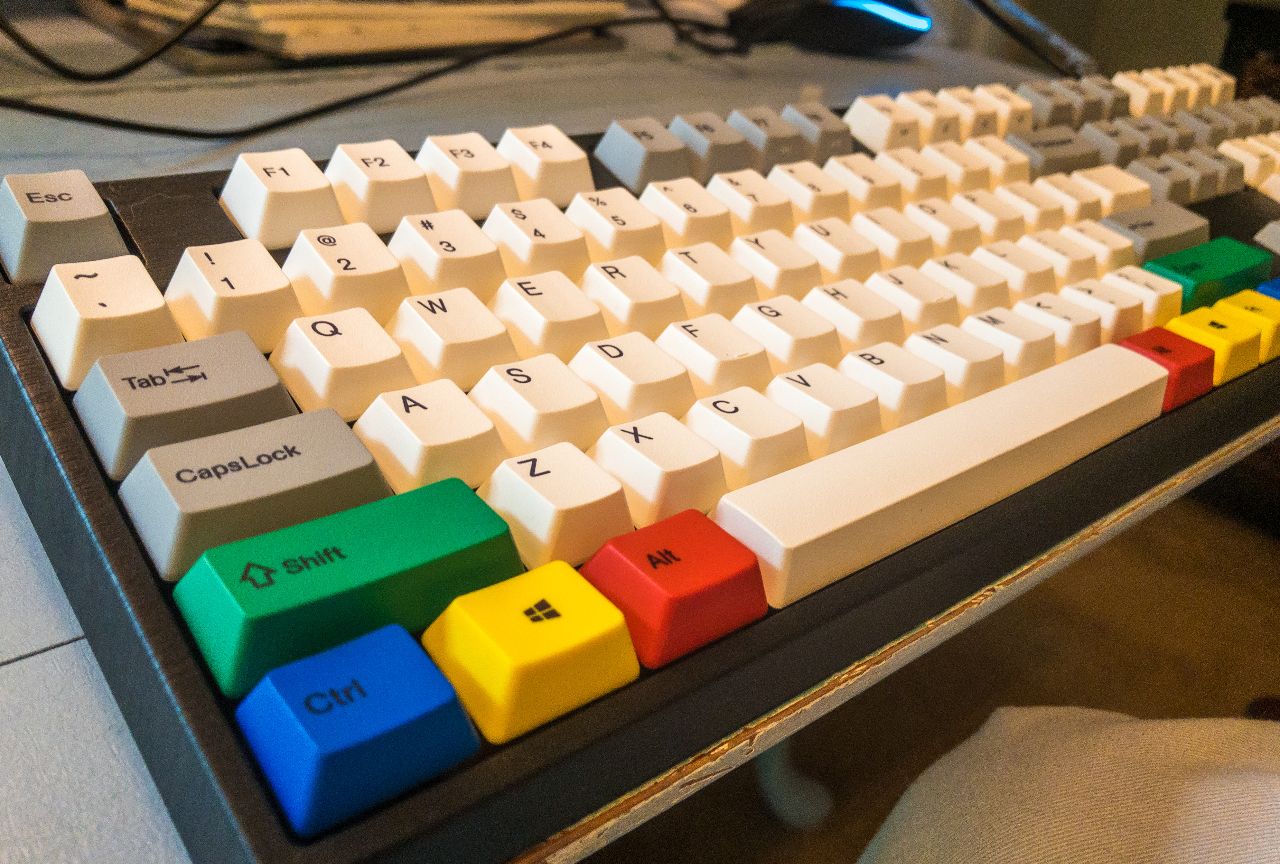 Yes, I bought a mechanical keyboard. It occurred to me that folks who spend a lot of time doing things that require tools – professionals, artisans, craftsmen, etc. – usually seek out the best possible quality offerings of those tools. Even if they're just 5% better than the average alternatives and cost twice as much, when one uses them for hours every day, the last bit of refinement pays off very quickly. Considering how much typing I've done in the past 5-10 years, I find it a bit silly that I hadn't before thought to optimize the hardware I've used to do so. Now that I've put at least some thought into designing the space in which I work and gone back to school, I've also invested in bettering the thing my hands actually touch the most.

Actually... Before I go on, here is the link to the Varmilo VA108M User Manual/Guide/Reference in English in case that's what you came looking for. (I had difficulty finding it, too.)

I suppose I've let myself be blinded to the advantages of a mechanical keyboard by the gaemer stigma that surrounds them. This time, I believe I began by simply inputting something like “best keyboard for typing” into a search engine, which returns plenty of iffy results, naturally, but among them was a list from Wirecutter – whom I trust, more or less – of “Best Mechanical Keyboards 2020.” Also included were posts in the r/MechanicalKeyboards subreddit, which I actually fucking joined[^1] (but promise never to mention again outside of this post.) Uncovering my eyes, I found a ridiculously-extensive community message board and Wiki, which is undoubtedly the most extensive resource on the subject to be found, anywhere. Though I did place a time limit on myself for any research of 15 minutes, in retrospect, I suppose I also had some criteria, which I assume – if you're still reading – you might be interested in:

Immediately, it was overwhelmingly clear that my choice must also have The Cherry... The Cherries... The “Cherry MX Switches,” whatever they are. Any of even the most skimmy reading up on the subject will lead you to this conclusion. That addressed, I arrived upon three considerations: the Ducky One 2, Das Keyboard Model S Professional, and Varmilo VA87M.

Layout of the VA108M seen from above.

As good as the idea of something as German as the Das Keyboard sounded, I hate the way it looks, and the Ducky seemed to take itself too seriously (despite its brand name.) The VA87M seemed to be ideal if it was full-sized. I searched for the equivalent, found the VA108M, and bought one immediately. Specifically...

I've already written more than I ever wanted to, but let me just say that I love everything about the thing – the particular set of special keys, the way it feels & sounds, and that its heft prevents it from moving around – and I hope to keep it forever. As I said on the photographs I posted to social media, I promise to never bring this or any other mechanical keyboard up ever again unless asked about it.

[1] Yes, I have actually been using the Read It website in the past 18 months or so, which anyone who’s known me at all would find unbelievable. I don’t know if I’ll write about it in the future, so I’ll just say I’ve unblocked it within my psyche largely because it’s no longer horrendous to look at.

[2] I remain genuinely confused as to why the color of the switches matters, considering they are only visible when the keycaps have been removed.