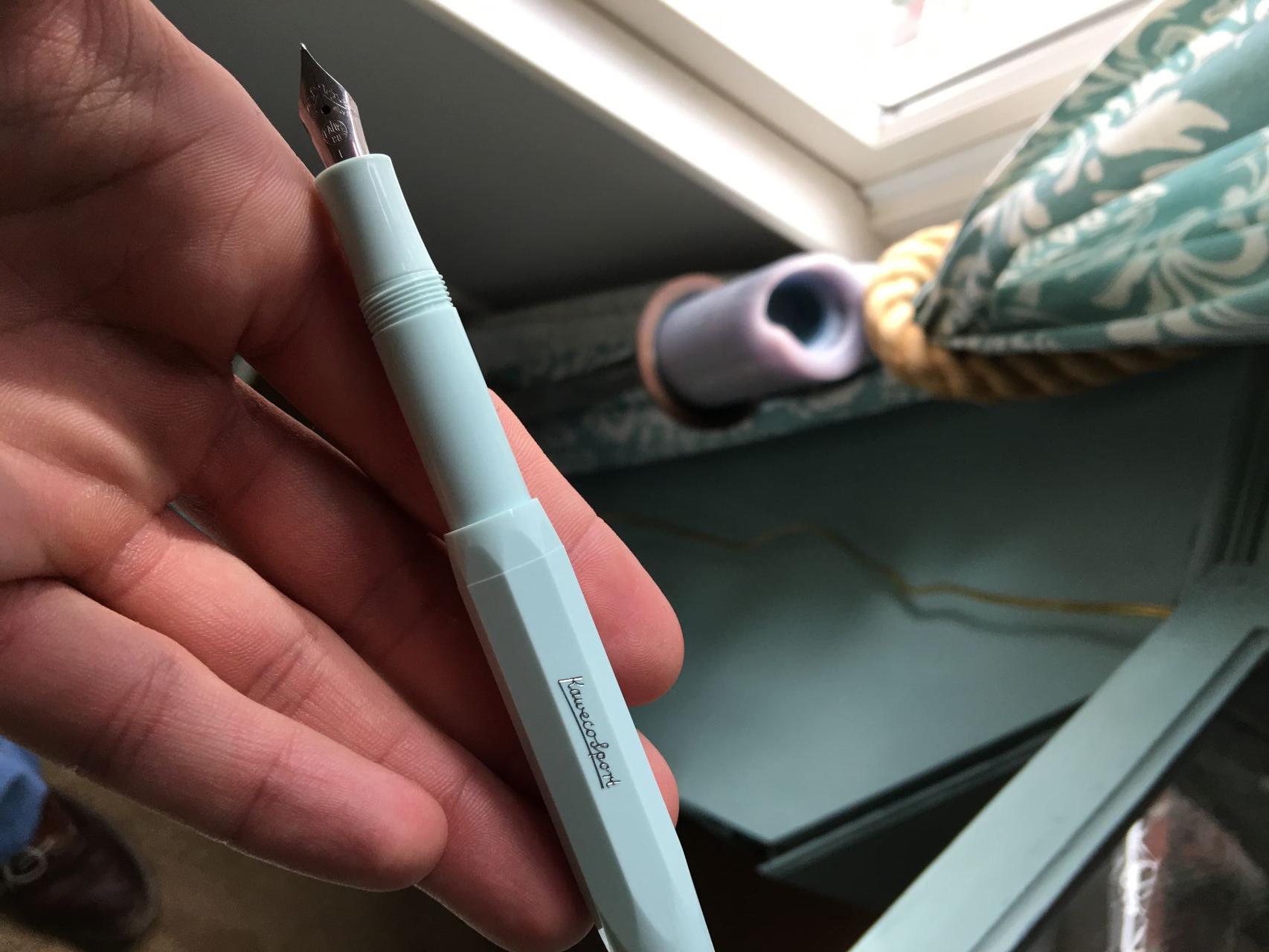 It’s very pretentious to talk about pens, I agree, but I believe there’s a level of pen pretentiousness which is worth sharing with the writing masses. I continually encounter people in both personal and professional settings using – and often worshipping – very shitty pens. I'm not going to pretend spending $15 on a pen has not become a novel or ridiculous idea in contemporary culture, but if you're willing, this is one of those areas where some retrospective can lead to real pleasantnesss. Here are some of the tools I've owned. (I'll be linking heavily to The Pen Addict in this post. It's all we've got. Sorry.) 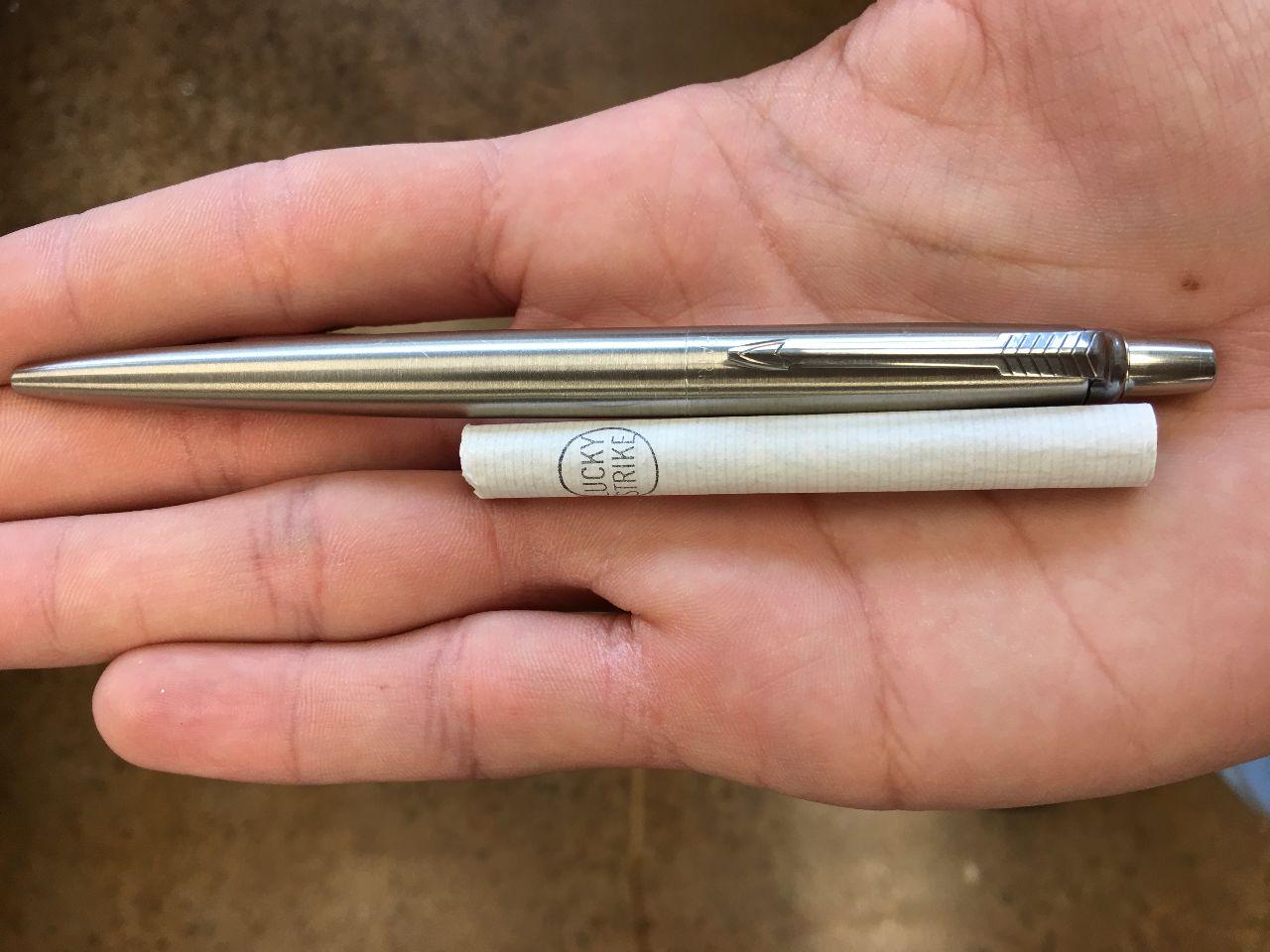 I believe everyone on Earth should own a Parker Jotter. It's a slim, small ballpoint designed for sketching with a clicking action that just about everyone loves. I have owned and lost many and I will continue to for the rest of my writing life. I cannot even begin to communicate how worth it $16.99 is to never write with another disposable ballpoint ever again. They're tough, light, and beautiful. Sarah Read for The Pen Addict:

If you're primarily a fountain pen user, but you acknowledge the occasional need for a ballpoint, this really is the perfect one. It looks and feels like you're spoiling yourself, but the price is low enough that you'll still have to add a fountain pen to your cart to get free shipping. 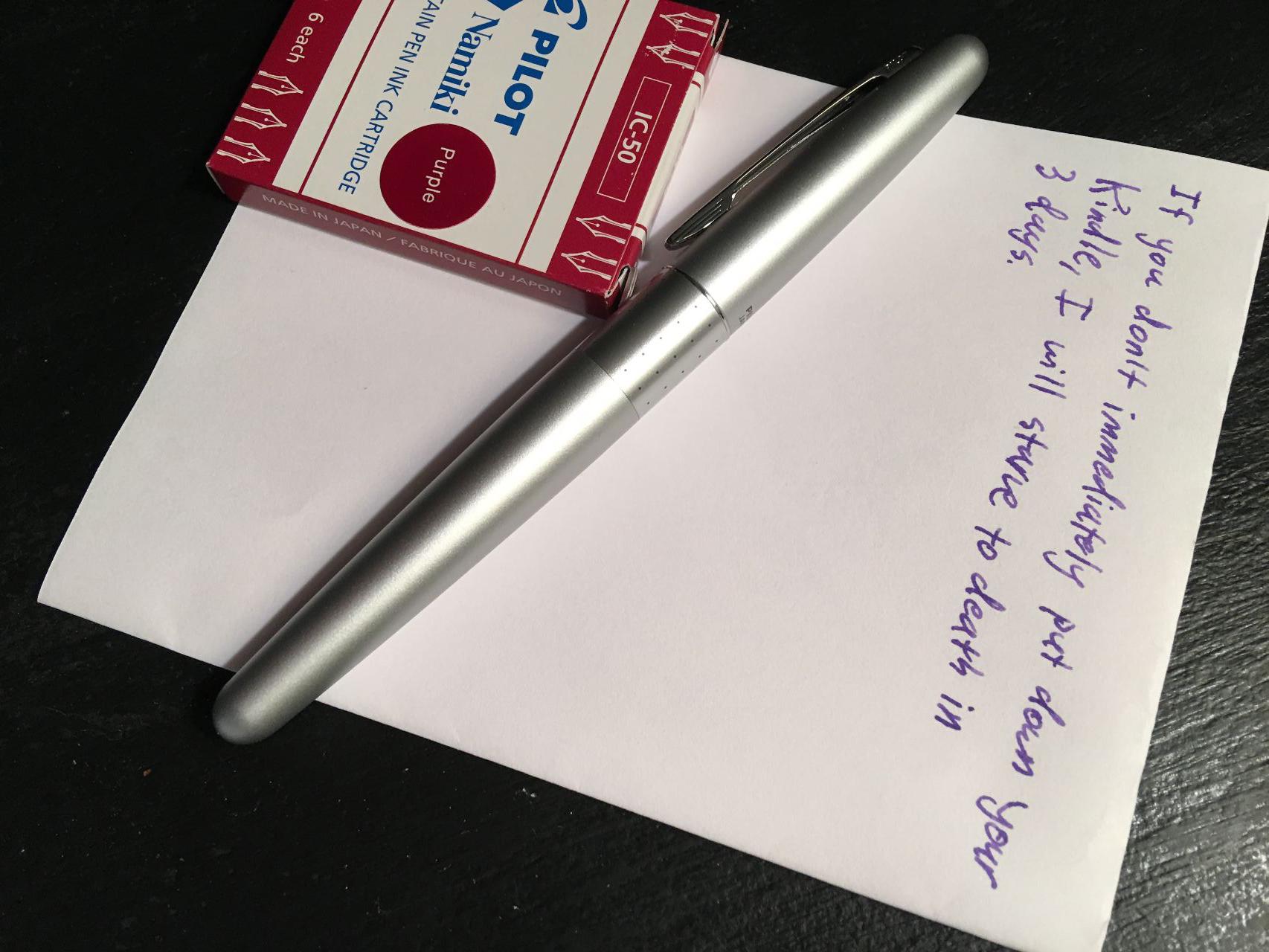 The Pilot Metropolitan has been the entry-level fountain pen for all of time as far as I know. Google for reviews and you'll find praises across the blog spectrum – from Little Coffee Fox to Writing For Pain and Pleasure to The Gentleman Stationer. “I'm not sure there is anything on the market that even approaches a pen of this quality for $15.00,” says the latter. Testimony from the first:

I love how the Pilot Metropolitan feels in my hand. The brass body is cold and weighty while you write without becoming a burden to use. Despite its low cost, the look and feel of this pen will be sure to leave an impression on your friends and coworkers.

The Pen Addict argues for the next pen on my list as The Ultimate Beginner, but I'll stick with the Metropolitan. It's a little unorthodox, actually – it doesn't feel quite as substantial as the other fountain pens I've used in my time, but it's a blast. 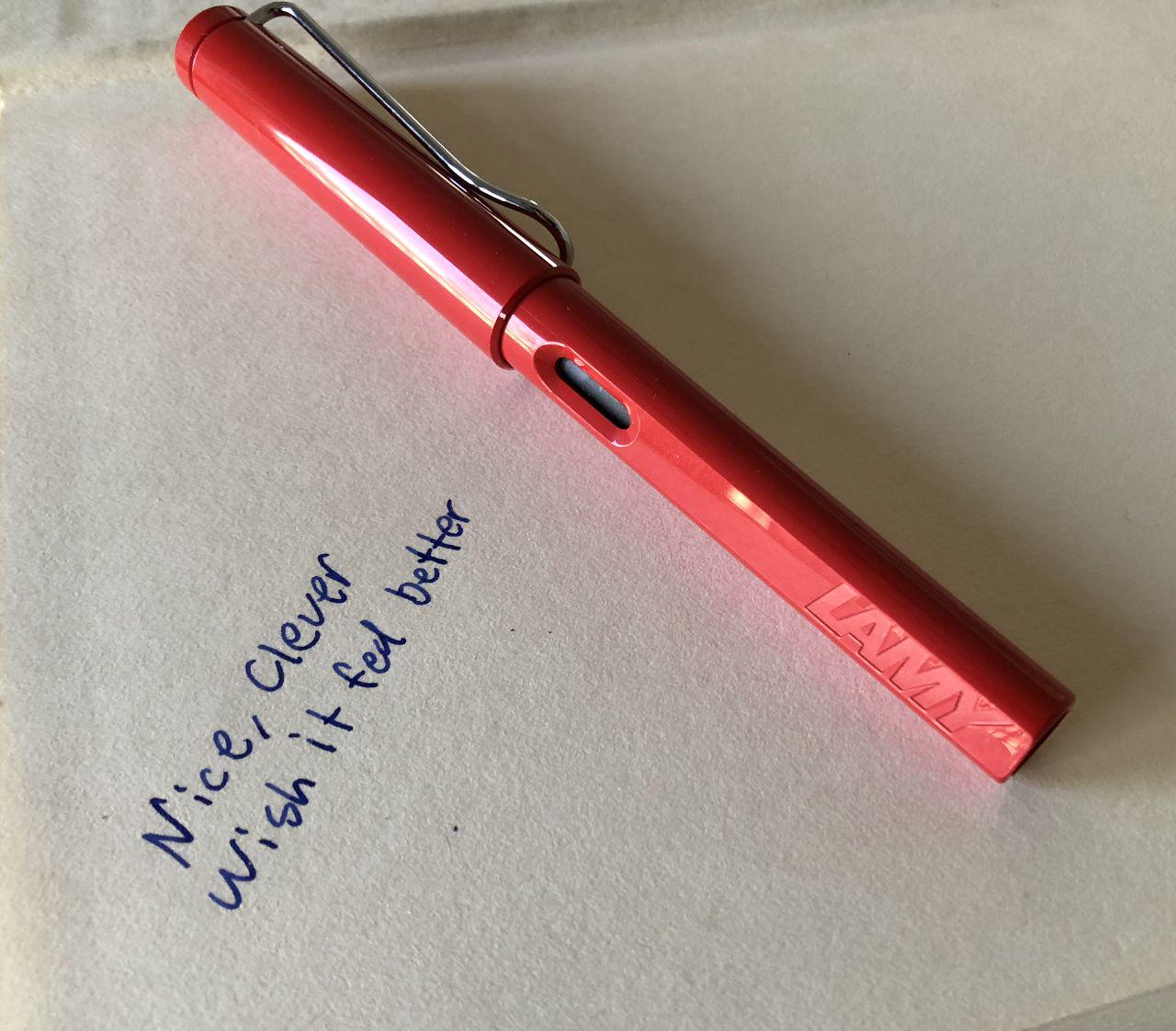 The modern alternative to the Pilot Metropolitan, the Lamy Safari is the coolest instrument on this list to own, but it is generally twice the price. Though I liked being seen with the Safari more than the Metropolitan, and its writing experience is more conventional in terms of what to expect from other composite fountain pens, I still think the Metropolitan is more fun to use. Instead of reading what I have to say, though, check out the only words about any of these pens I spied in a major publication. For The Strategist, David Notis writes:

Fountain pens can be complicated and intimidating, but the Safari was designed to be approachable. (It was apparently originally meant to help teach proper handwriting to schoolchildren). Pen enthusiasts often recommend it as a great “starter” fountain pen, which I’ve found to be spot-on. [...]

Not that I’m suddenly an expert, but there is something special about writing with a fountain pen. The steady flow of ink is so expressive; it somehow makes the weird, messy quirks of my handwriting feel intentional.

To be honest, I feel like I could've done without my Safari, but I did actually write with it quite extensively. Here are two more opinions: The Gentleman Stationer and Little Coffee Fox. 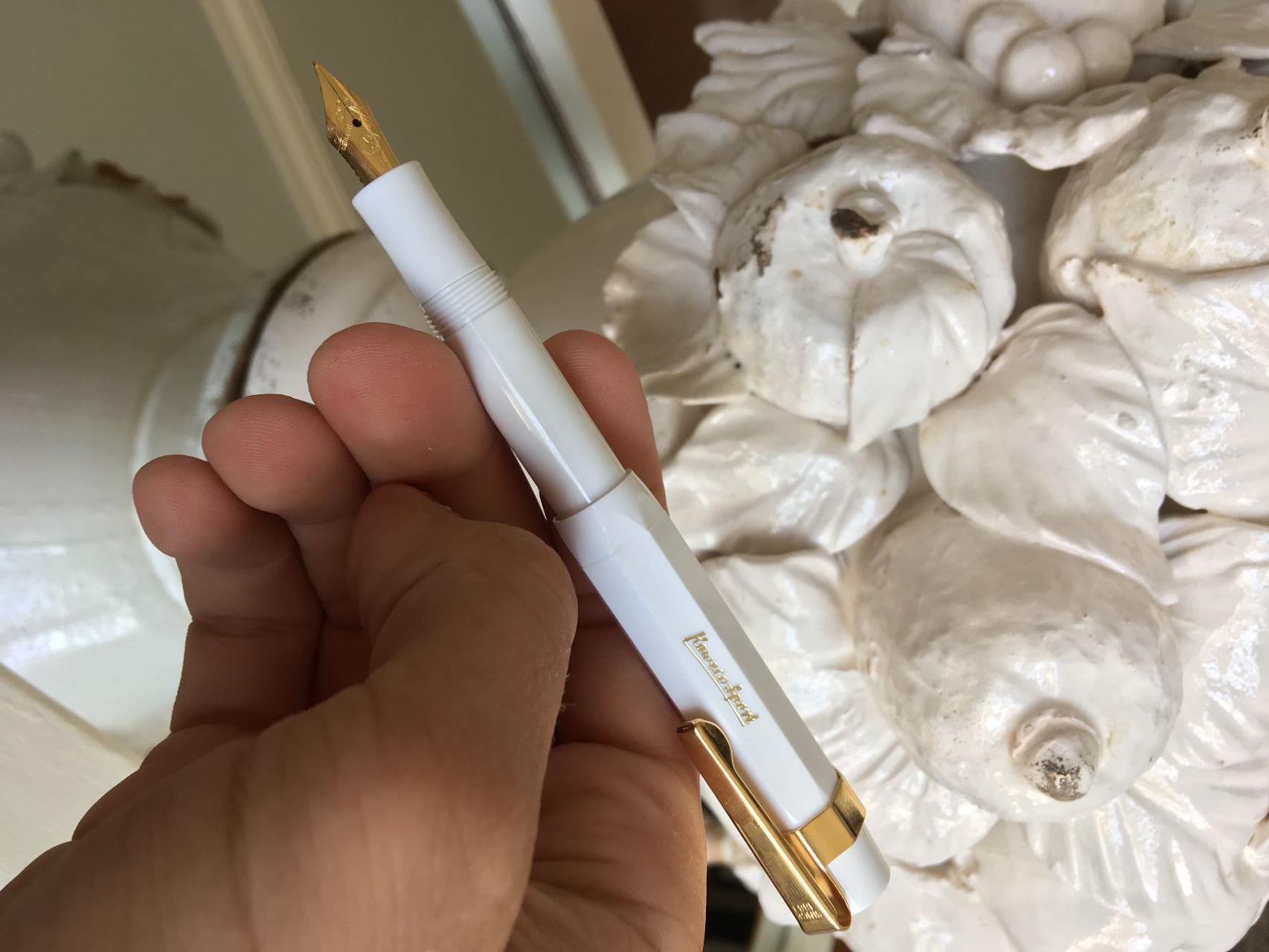 Huge bias here: I adore Kaweco as a company. I first bought a Mint Skyline Sport (the featured image of this post) in 2016 and I fell in love. I love the breeziness of their colors. I love how Germanic their old logo is and how anything you read about their history is inevitably found on a website looking like this. As Susan M. Pigott points out for The Pen Addict, the plastic Sport series can be a bit lacking in refinement. “The Skyline Sport is made of plastic, and it feels rather cheap in the hand,” she says. Unfortunately, my white Classic Sport had the same problem, though I also adored it. From Shashwat Vardhana:

If you have small to medium sized hands and like the screw cap action, you should most certainly go for this pen. While it might not be the best writer of its class, its reliability is absolute and I have never had any complaints with the pen in this aspect. 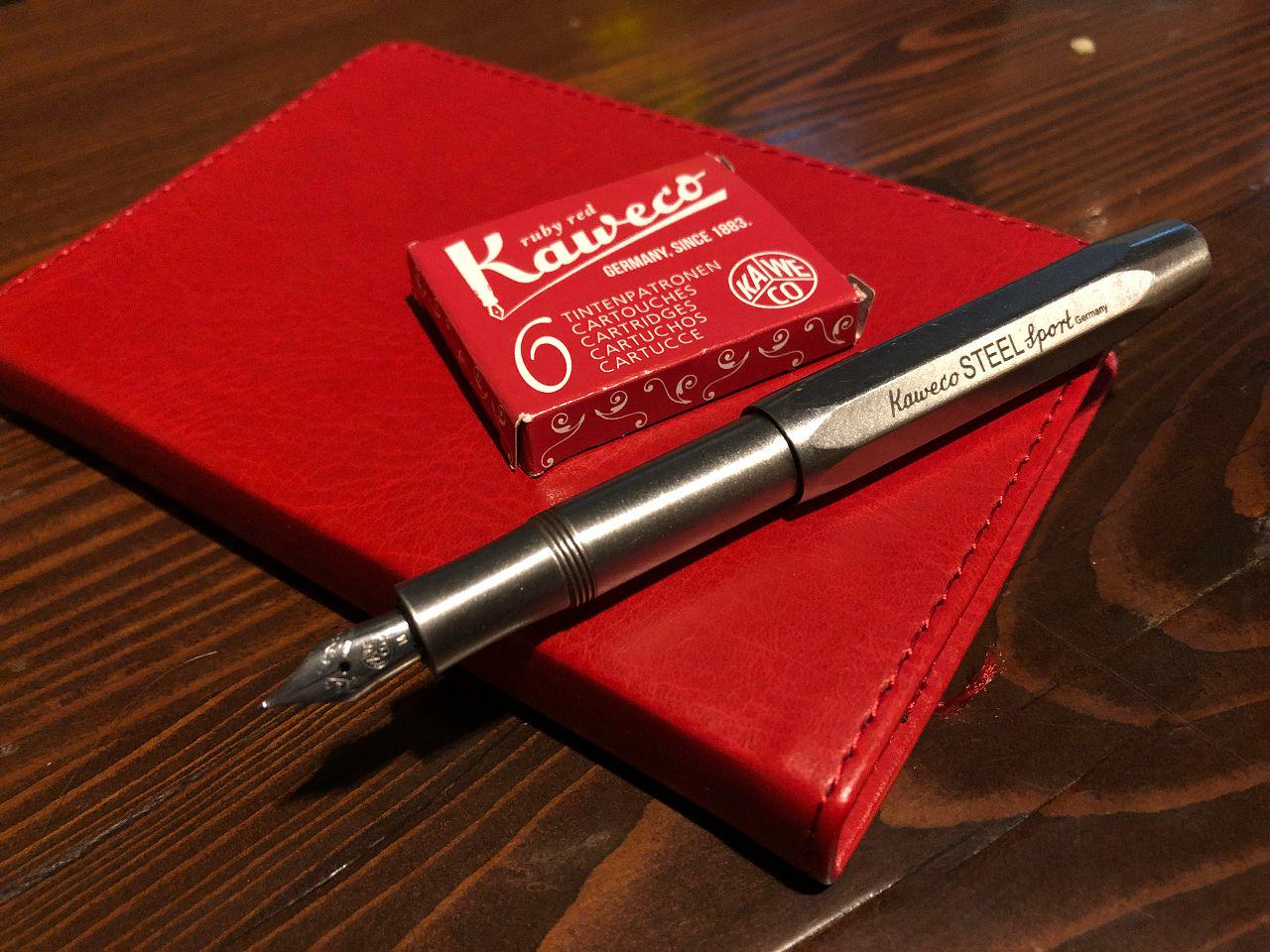 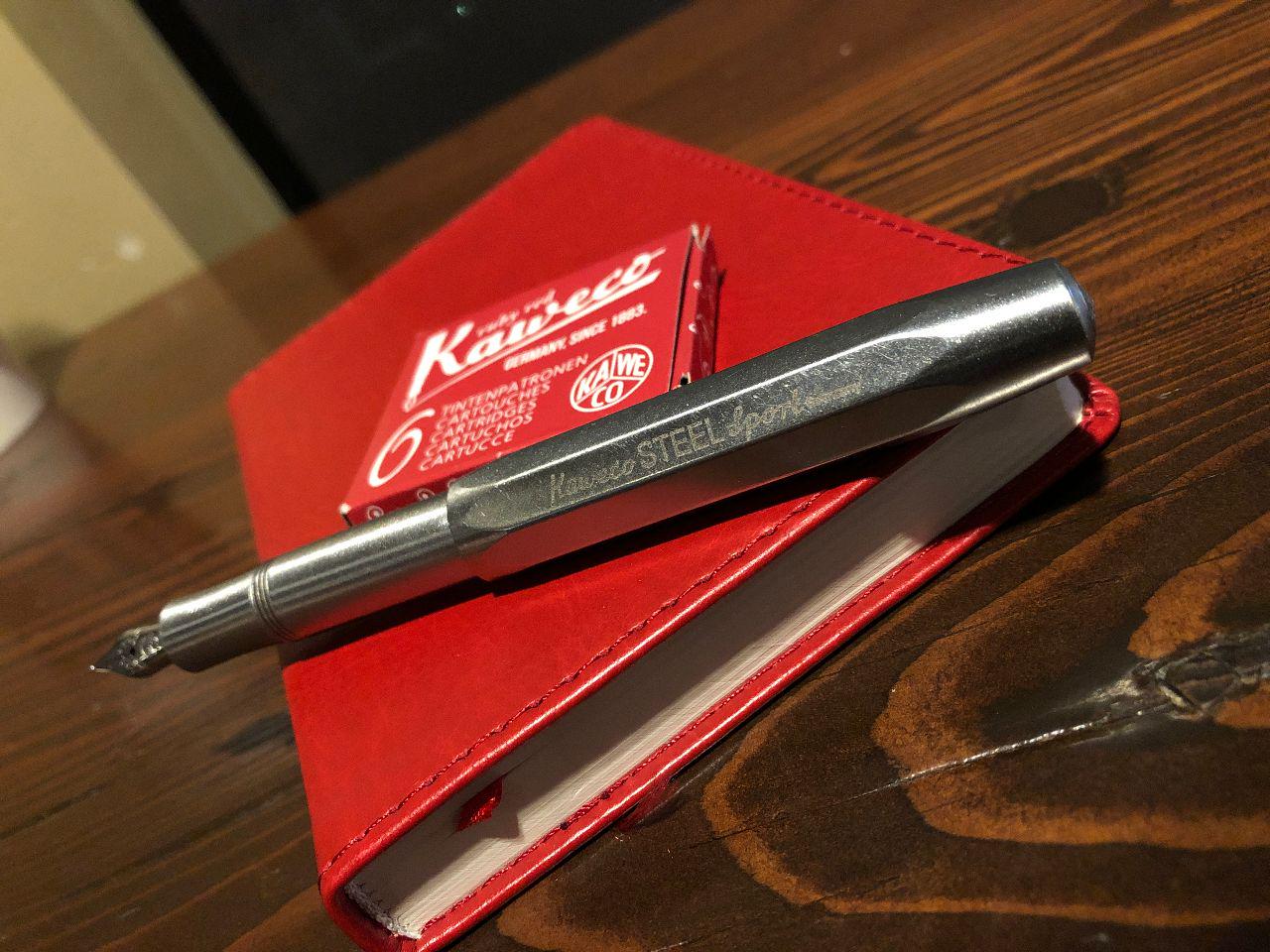 My baby – my ultimate pen acquisition – was my Kaweco Steel Sport. I bought it in person with cash at Pen Place in Kansas City, and it was by far my favorite writing instrument of all time. As far as I'm concerned, this is as high as pens get. Find yourself in the position to buy one and you will be satisfied forever. From The Pen Addict:

The Steel Sport features a – wait for it – stainless steel barrel. What is it about stainless steel that I love so much in pens? It tends to land in a barrel weight sweet spot that is heavier than aluminum, and lighter than copper and brass. [...]

Stainless steel has a density and warmth that I enjoy in a pen barrel. It is also practically indestructible, which is what I want in a pocket pen.

If you write by hand, you should treat yourself to one of these instruments. If you'd like to write more by hand, you definitely should. A good pen will have you looking for excuses to write.