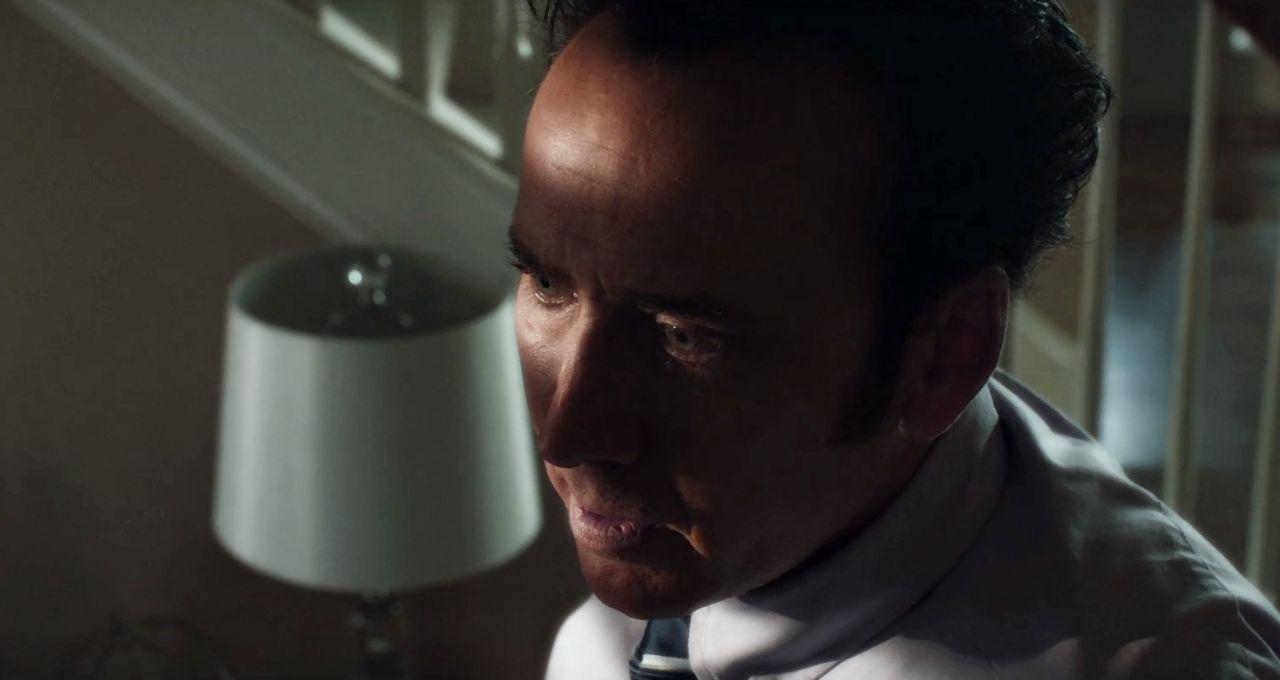 The Earth will reach its maximum occupancy load (12 billion) when I am in my mid-fifties, meaning there’ll be more than twice as many gorging, shitting, shooting, complaining, and lying human beings than there were when I started, and perhaps Brian Taylor’s Mom and Dad is in fact a reasoned argument for a particular solution to our inevitable plight. I’m still not sure what a “cult” movie is, precisely, but I can’t imagine what sort of cult could possibly sustain itself around the ethos of this film alone, despite its concise, agitating, at once lighthearted, yet genuinely-disturbing trip. No, it is probably not propaganda. From the experts, you’ll get precisely the same review, varying only in length. The New York Times’ Glenn Kenny couldn’t be bothered with more than 250 words, but RogerEbert dot com’s Simon Abrams shelled out a whole 1000. They are suspiciously close to these big round numbers — perhaps each was written to respective quotas, and perhaps you could say all that could reasonably be said in 10, but I don’t care.

The tropes here are polished to a miraculous sheen — two emotionally-stunted, middleaged, overly preoccupied-with-their-lost-youth suburban parents (Nicolas Cage and Selma Blair) who’s existing envies & irritations regarding their own classically bratty teenage girl (Anne Winters) and her mischievous little brother (Zackary Arthur) is merely agitated by a sudden TV static-bound killer instinct into bloodlust, not originated. I’m not sure any pill dealer would actually flip off their customers after a fair buy — even in high school, but drugs, a black boyfriend, and a stinkbomb? in the old Trans Am!? I’m going to kill you!

Somebody, somewhere knew all the best sources on suburbia and how to put them to good use. The Camry, the golf bag, ping pong smashing, sweat-stained Big Sur tee, and Dr. Oz, for Christ’s sake! Granted, talking to your girlfriend/boyfriend on the phone at all is a bit dated — especially while riding a BMX — and I don’t think Froot Loops are generally accepted middle-class chow anymore. These are staples from my youth, and I am very old. Technically, the iMessage bubble graphics are more chronographically appropriate, but with great consequence, I fear — if we’re going to accept them once and for all as authentic mechanisms for telling stories set in the present, they are going to age faster than Nick’s new jowls (unless we’re all soon killed by our parents.) It’s been two years since I knew anything about music, but I seriously doubt even the gothest fifteen?-year-old girls are listening to Father-esque post-Memphis horrorcore in class — there’s something about SoundCloud that really clashes with chokers.

If there was ever a film in which to use grimy dubstep-influenced electronic slaps, buzzes, chirps, and great grating clanking, it’s this one. It’s a terrific disappointment that Hollywood feels so timidly about their use of the most intimate medium. One forgets its potential to control the nuances of an audience’s fear, anger, discomfort, and panic beyond cheap jump scares until they experience an irritating, distressing, ghastly gross, all-possessing feat of accentuating audio production such as that of Mom and Dad. If you want to judge Academically the effectiveness of a nominee’s work for an award with a title like Best Sound Editing (as opposed to whatever the hell criteria was met most fully by Skyfall,) you must give the little golden man to these folks, whoever they are.

When’s the last time you saw a truly, believably shitty modern parental pair on a big screen? I really can’t remember, myself. Brent and Kendall Ryan are masterpieces of character craft — both a perfect précis and thoroughly-defined exploration of miserable white suburbanites. They’re even named unimprovably, which reflects a quality in care and attention to detail that I very much appreciate. They are vain, vulgar, impatient, selfishly afraid, and careless, freely feeling and saying it all directly in front of their children. I love being told explicitly which characters to hate (no joke,) and in this case it’s the whole damned lot. Brian Taylor and Nicolas Cage scream it over and over (as I’d like to imagine) a single afternoon of one-take filming, considering that the latter took it upon himself to first memorize the entire screenplay and its prose, vanilla to perfection, before photography began, and I hope it all stays with him forever, especially “my mom is such a penis.”

Mom and Dad could conceivably be Nicolas Cage’s I Am Legend if for no other reason than the total lack of possible stand-ins for Brent Ryan — even the standard by which all white suburban Dad performances have been measured in the 21st century, Jason Bateman. Nick himself described it as “punk rock, rebellious, irreverent, original, badass,” and the “number one” movie he’s made in the past ten years (disqualifying National Treasure, in case you were worried.) No surprise, I must agree — this one is a wonderfully raucous and feral thing, but the scene involving the attempted murder of a newborn by her mother (Kendall’s sister) came very close to crossing the line. However, I am old and the intensity of my paternal instincts has probably outpaced my understanding of them. You could also argue, of course, that pushing such boundaries is a core function of a film like Mom and Dad. Nobody ended up vomiting or anything.

This fun thing shouldn’t feel as foreign as it does in cinema, but you already knew that. With all its implicit grapples with overpopulation, kids and gun violence, class, and racism — truly, this is a film charged electrically with current issues. Or maybe not. Ultimately, I can at least tell you for certain that Brian Taylor made exponentially better use of his resources (I couldn’t find a solid number for its production budget) than the Fucking Spierig Brothers did with Winchester (just so you know what a disaster looks like,) and managed to be refreshingly original (astonishing that nobody’s had this specific idea before.) A spectacular riot, Mom and Dad does all you could possibly want it to do. With just eighty-three minutes to lose, it’s worth the commitment just to hear Nicolas Cage whimper and say “anal beads.”