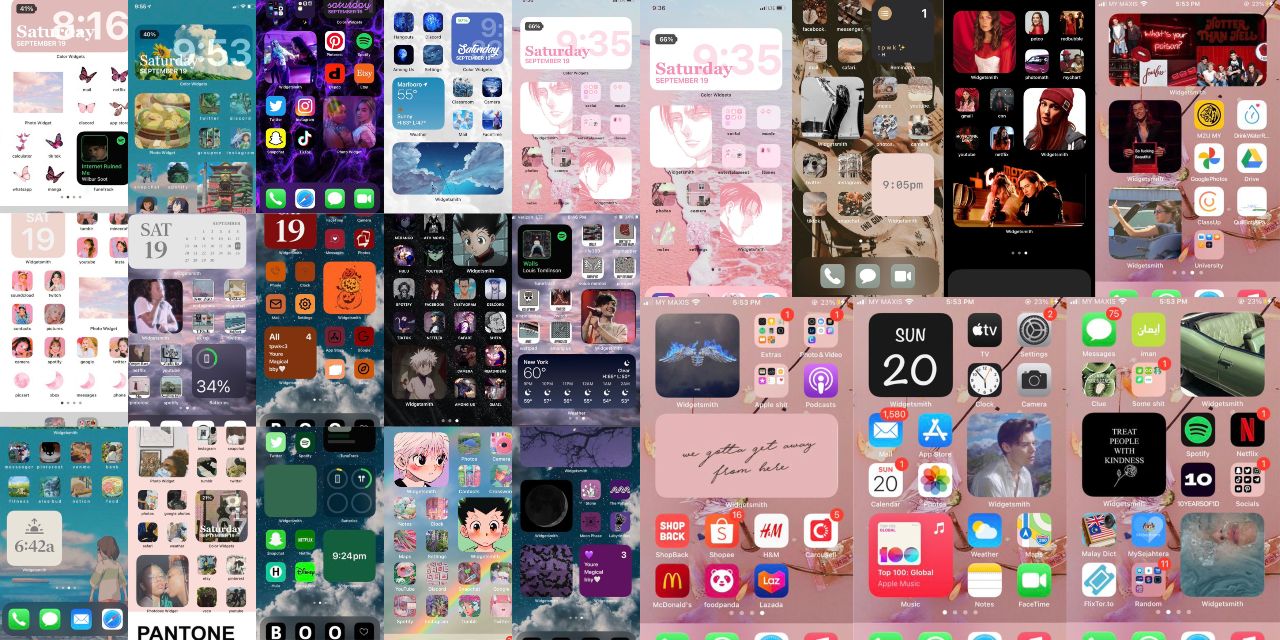 It is my privilege and my curse to write about every new major iteration to Apple’s mobile operating system, though I skipped iOS 13 last year, which was largely dominated by Dark Mode, the iPad OS fork, and Memoji – which I could care less about, honestly – and didn’t warrant my investment in a Full Post, I felt. The Photos app improvements were very welcome, but I’d departed from iCloud as my primary storage service, so I didn’t have anything relevant to say. iOS 14 is also mostly irrelevant to my own personal use, but represents a more abstract shift in design philosophy that I thought was worth commenting on. For myself, everything about it adds anxiety, beginning with the launch, itself, at Apple’s WWDC 2020, which I watched, live, and Tweeted extensively about.

I do not want to live on the Memoji planet.

My technology writing over the years has largely centered around my awe and confusion regarding what I've perceived as a divergent path from the future I once imagined. My closest guess as to this divergence's origin is the announcement of iOS7, with Apple's abandonment of skeuomorphic design in favor of an entirely new, “flatter” UX visual language, which I actually found quite jarring. In retrospect, though, of course I'm glad they did so. I thought this was an importat preface to any thoughts I have about today's WWDC Keynote – they will probably seem idiotic in a year or so (they might to you already.)

Thanks to The Big Beer Virus, this was Apple's first pre-recorded WWDC presentation (though the word “live” continued to be used on several occasions,) which made it especially surreal. During the wait for the Keynote to “go live,” the stream was occupied by an animated Earth from orbit. As the clock rolled over the hour's top, AURORA's “Daydreamer” faded in and we began to grow closer to this Earth, gradually revealing that it was covered with millions of floating memoji in various states behind their animated MacBooks. Like much of the event to follow, this scene became more and more anxiety-inducing as we grew closer to the mob (keep in mind that I've never really found memoji cute, unlike plenty of folks.) Eventually, we changed pitch dramatically and plunged through a hole in the clouds straight toward the incenter of the spaceship at Apple Park, through the door, down the staircase, and into a completely empty – but fully lit – Steve Jobs theatre, where Tim Cook emerged on stage and almost immediately began to address racism.

when I said Craig Federighi's homescreen was a fucking mess... #WWDC20 pic.twitter.com/vbguuAdt90

This disorganization of Craig Federighi's Homescreen shown in the presentation exemplifies the entire aura of this update: it’s complicated. The Verge’s Dieter Bohn receives this new complication positively in an excellent essay dedicated to the topic, divided into Widgets on The Home Screen, Jiggle Mode and Editing Pages, the App Library, and App Clips. (Yes, in many ways, linking to the essay makes this post redundant.)

That's what I wrote about WWDC. iOS 14 officially released five days ago, now, and folks are already showcasing some crazy homescreen modifications on Twitter in #ios14homescreen. I would go into detail, but I'm honestly not all that curious about the process, which is unusual. I hope more than anything that I am not loosing my curiosity or playfulness regarding iOS which not so long ago propelled an exuberant exploration of Shortcuts' capabilities during their early days as an integrated Apple property with the release of iOS 12.

Basically, I'm not going to do the full bit, this year, but I'd like to address some of the notes I did take throughout the past few months of the developer beta. Notably, there is simply far less to iOS 14 that's relevant to my life, personally, than any other release I remember, but that's okay. It's just a wee bit more difficult to motivate myself to talk about it. If there's one definite statement to be made about this release, it's that it is additive rather than transformative. As Dieter Bohn so elequently put it for The Verge:

For the iPhone, the overarching theme is that they're finally letting it get complicated. The home screen starts simple, but it can be complex if you want it to and Apple's also finally putting different elements on top of other elements so you can see Siri on top of your current screen instead of taking over the whole screen.

“iOS and iPadOS 14 public beta preview: something for everybody” | The Verge

Yes, I do find the title of that article quite ironic considering what I just articulated to you.

The title of his penultimate review, additionally, includes the summation “Apple is finally lettting the iPhone homescreen get complicated.” Yes... Complexity. I'll be honest: I've actually had the opportunity to play around quite a bit with Android 11 thanks to Android Studio on my PCs, and I found it tremendously underwhelming as an alternative. On a virtual Pixel 3, the experience was functionally no more than a fucking material design-tasting, slightly varied execution of a smartphone operating system in comparison. I should disclaim, though, that these weeks with early iOS widget implementation – which represents quite a hefty chunk of this release's significance, I think we can all agree – have led me to the conclusion that I personally do not believe in widgets. Or at least – I do not have the usership vocabulary to even begin integrating them into my own handset-using life.[efn_note]I'd elaborate but honestly, who cares, really?[/efn_note]

To focus a bit, let's look specifically at a Gizmodo article published this past Wednesday: “17 Things You Can Do in iOS 14 That You Couldn’t Do Before:”

Yes, there are examples of genuine progress. The Guides feature in Maps (seen above) probably could/should have been added a long time ago, but at least Apple executed it quite elegantly. I'm could've sworn sharing your ETA has been possible from within Maps since like... iOS 7 or something, but perhaps I was thinking of Waze. Wallpapers for CarPlay are one of those features that didn’t occur to me to want, but I did/do. Also – though my personal experience with CarPlay has been limited – I can definitely imagine more layout options (“Horizontal status bar”) will be useful in fringe use cases.

And that's it! All of my notes have now been crossed off! Now I can finally forget I ever spent time thinking about iOS this year... Gourd Bless.