O'er the Ice for Stupified Usury 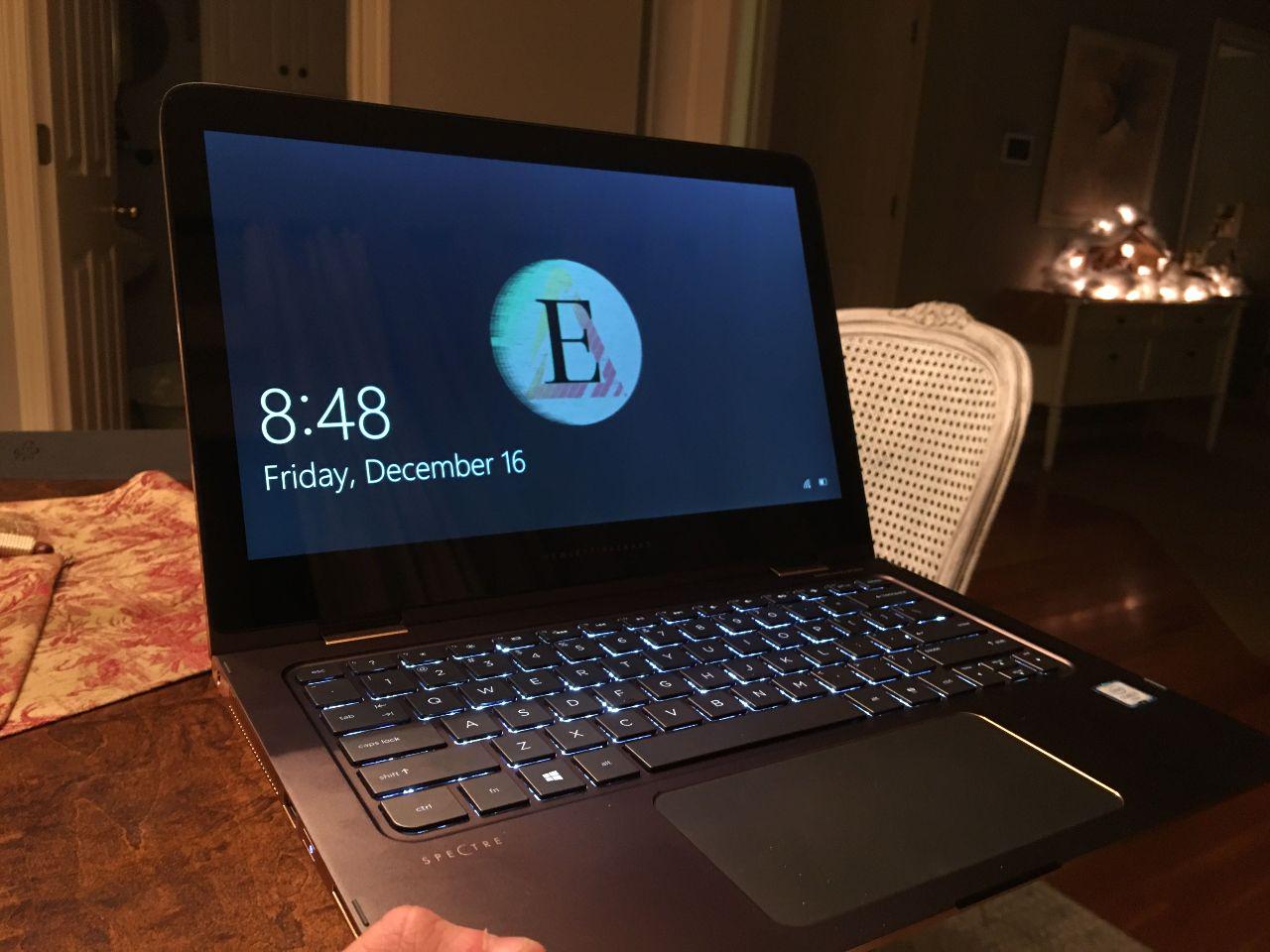 A laptop, purchased. The beginning of a new era, finally witnessed.

I managed to be reckless, tedious, and zealous in the usually-dry process of purchasing a new laptop, and found the story worth sharing. Expect a full review of the HP Spectre in the coming weeks.

The meteorological complaints you’ve been hearing from mid-Missouri since Friday aren’t inappropriate this time – the middlefolk faced one of their most fatal enemies – a well-laid minefield of black ice. It slowed our timid, ABS-oblivious society to ten percent or less of its already near-postmortem pace.

For God’s sake, at least learn why you needn’t pump your brakes before you opt for infotainment extras or… get your driver’s license.

I woke up with the same debt and imminent expenses as I did the day before and without any more intention of buying a premium laptop than I’ve had for the two years I’ve gone without one.

Without the concept of mobile computing in its entirety, actually. I knew I’d lost my desire to carry a loose bluetooth keyboard around everywhere in case some insight were to fall upon me heavy enough to justify reaching for it over my 6S Plus in a public venue, hunched and squinting. There’s still nothing better at cranking out copy than the Lap Top Computer, I suppose. I was holding out for a truly-substantial alternative to Windows 10 and macOS, wanting to be enchanted by lite delights like Acer’s cheeky Chromebook R11, but had decided in self-pity that I’d probably never be able to stand a new operating system ever again.

My mom graciously decided to take me mall shopping for Christmas, which is comforting in its tradition of vapid routine. The state of a given midwestern metropolis’s mall is a keen indicator of the culture’s soul, I’ve found, and ours is mostly crewed by destitute alcoholics, who are my closest kin, and therefore my most appropriate company for the holidays.

Dillard’s is the second-best place to lose your mind in America.

Even now, when the somber corners are not quite so desolate. The acoustic sensation cannot be experienced anywhere else – the battlecries of the Me Generation’s pop reproduced by hateful diaphragms behind their white plastic ceiling facades and absorbed again by palletloads of mass-manufactured stonewashed denim, seemingly coming from a far-off wholesale nether no matter where in the store you’ve been buried. Ours is a few decades old, now – weathered and alone, which accentuates the whole dystopia with a resolute air of infinity, as if it’s certain it will outlast me. It probably will. 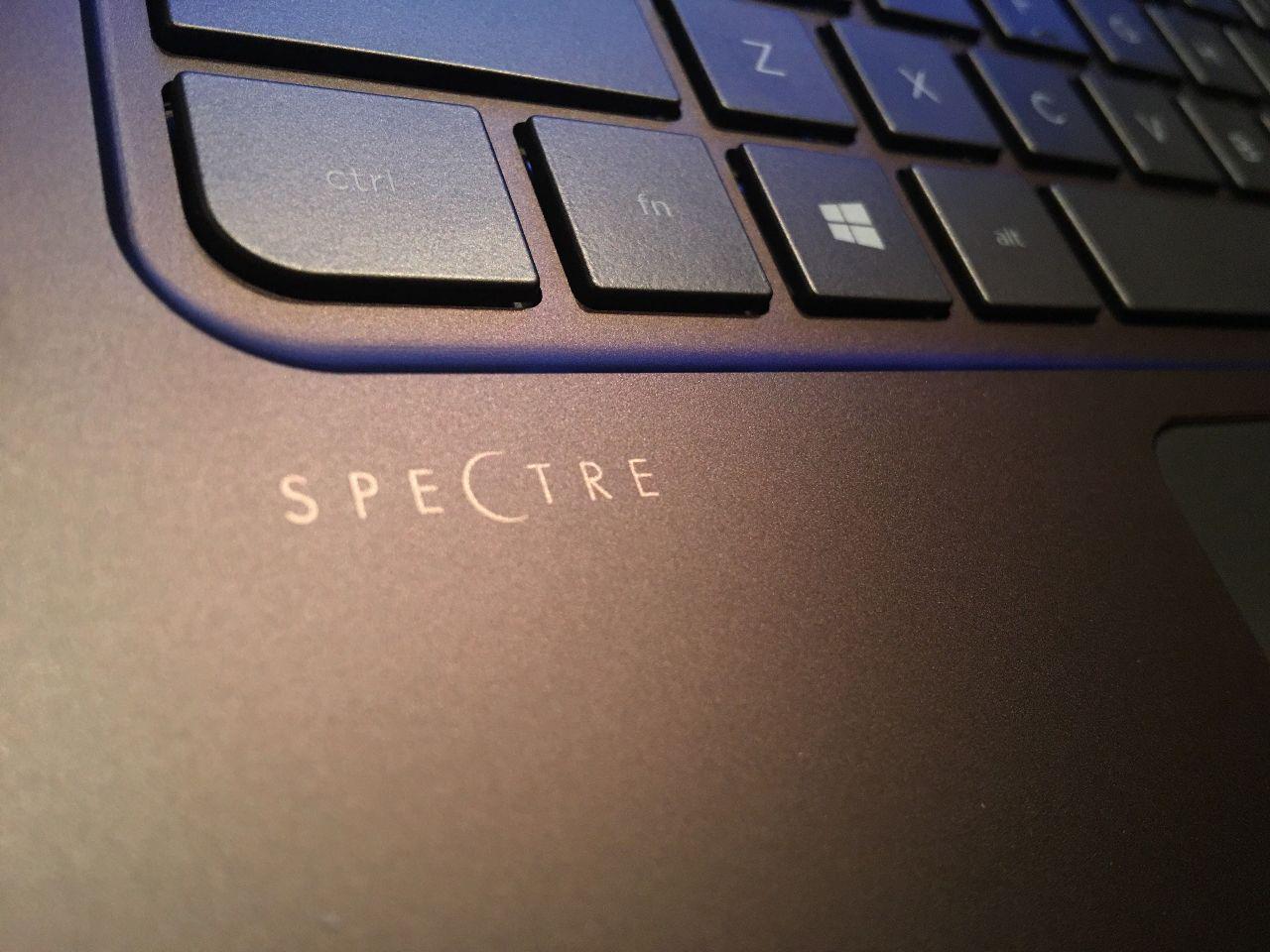 I was deep within it all when I came across Dan Seifert’s praising review of the HP Spectre x360. As I’ve constantly confessed, The Verge‘s lot are the only institution of their kind I’ve come close to trusting too much, so it was no small thing to see something so certain as “the premium laptop to buy this year” in his subhead.

The last time I was in the market for a laptop, there was little room for aesthetics in the equation. We have been taught this past decade that beautiful devices come in fruit form, only. Somehow, I allowed myself to integrate the ridiculous sentiment that MacBooks were the only option for anyone with any reverence for tactile experience. As I expect you’re aware of to at least some degree by now, Apple’s diligent study of desirability over the years is the singular force behind their lordship, and it’s the token MO of tech opinion to confuse it with sex appeal, resulting in expressions like “[apple hardware device] is sexy,” which is a pityingly desperate delusion. Do you actually find brushed aluminum appealing in any bodily sense?

We did once, of course. Your infatuation with the stuff probably peaked the moment you first grazed it, and – if you’re anything like me – you could be harboring more aesthetic frustration with their longstanding occupation than you think. Infatuation must be starved to survive, and we’ve been eating up Apples by the bushel for a decade.

But really, though – by the billion.

I saw images in that Spectre review which I was completely satisfied with. I watched that new HP logo as it traveled through the frames, stupefied. Out of precious ignorance, I experienced real desire in that undesirable place. (Which could actually represent some sort of defeat on my part, but I’m not too bothered.) 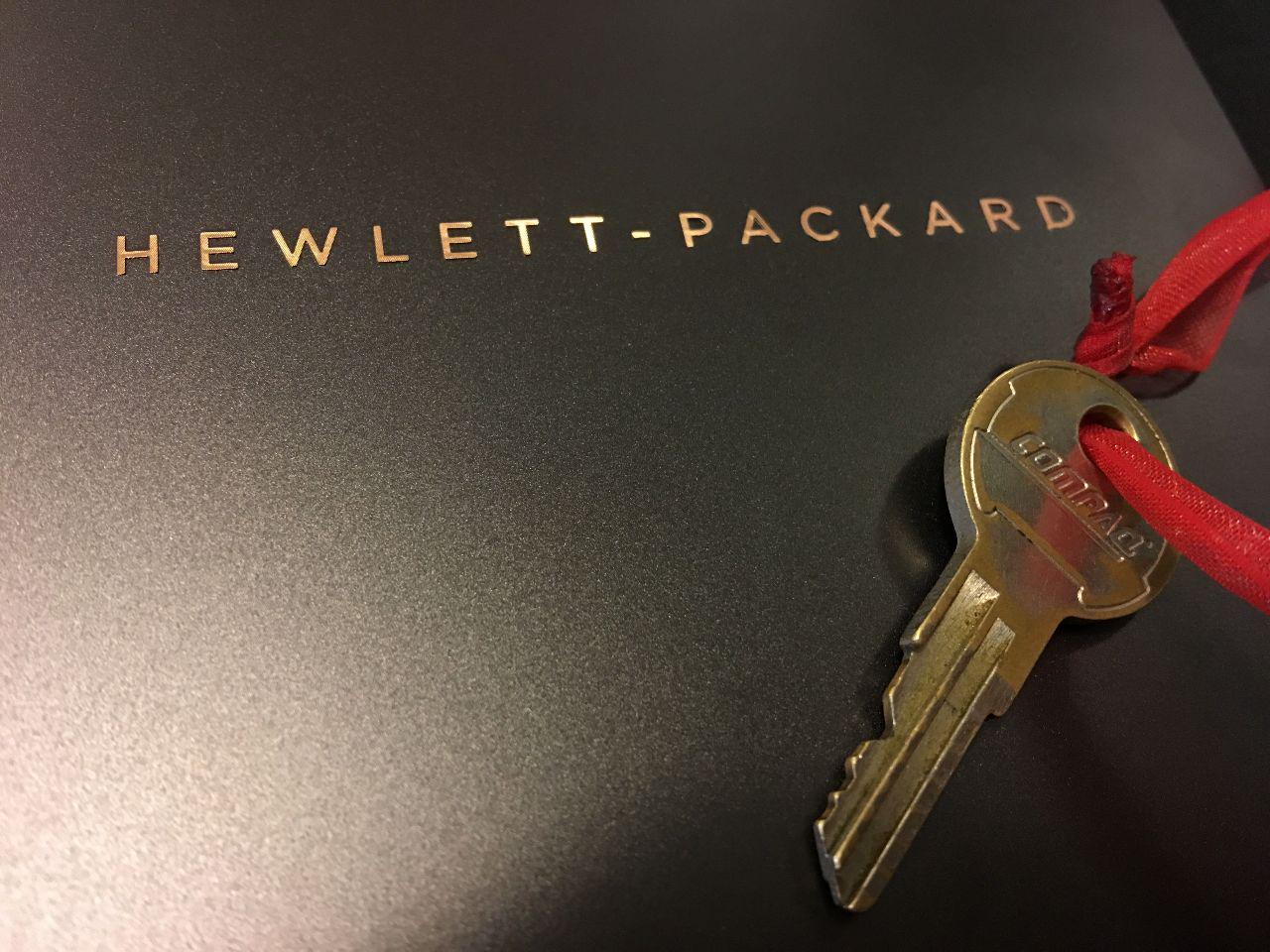 And in the midst of those desolate people in their fortress of mediocrity, my mom and I hatched a plan to indulge upon the best part of desolation – impulsive, subsidized gluttony. We’d stop by the pharmacy to fill my anti-depressant script before renavigating Bourgeois Bumper Cars to get to Best Buy, where she’d let me use her credit line to purchase my final choice in the segment.

Best Buy is the best place to lose your mind in America.

I could’ve sworn it made good sense to me, once – in Middle School, when my friend and I were spending most of our free time emulating the first generation of tech-reviewing YouTubers – but now, it reminds me of a darkwood restaurant with its closing fluorescents on, shining in the inverse frequency of a bug zapper – casting a more effectively-repelling ambiance for the human psyche than anything else I’m capable of dreaming up, at least.

I used to fucking visit that store for no purpose but to see and experience the diluted bit of the handset renaissance with enough momentum to coast its way here. I probably spent a full sixty minutes wandering around by my own volition on a handful of occasions.

But these days, I am perturbed from the onset in a big way. There are too many blue vape enthusiasts on the sales floor at any given time, and they all want me to leave. They loaf around the carcass of consumer technology’s passion, not realizing, I guess, that I already know it ’twas they who killed it. (The stench is strongest by the wearables.) It’s eerie how little the Big Box itself has changed, considering the decade their goods have traveled.

Under a fittingly-gray sky, I wash my pill down with La Croix and a Kind bar to preempt the appropriate rumination in my mouth as we inch toward my Final Financial Doom with the spooked sliders. Though we never exceed 5mph, there are abandoned vehicles littering the shoulders and medians in varyingly absurd orientations. But I do not jest – today, I am silent, for I am one of them.

By the time we reach the store, my medicine has once again placed my soul in Safe Mode, so we shuffle into the grotesque thing. There are four employees in sight – no one else – and they all send their beady eyes my way. I have too much purpose in my consumerist jowls to pause, though, so I rush to the laptops near the opposite wall in an attempt to get an early estimate on my current level of personal computing idiocy. Naturally, my Mom snags one of another four associates immediately. In this work, I shall refer to him as Zoroaster. 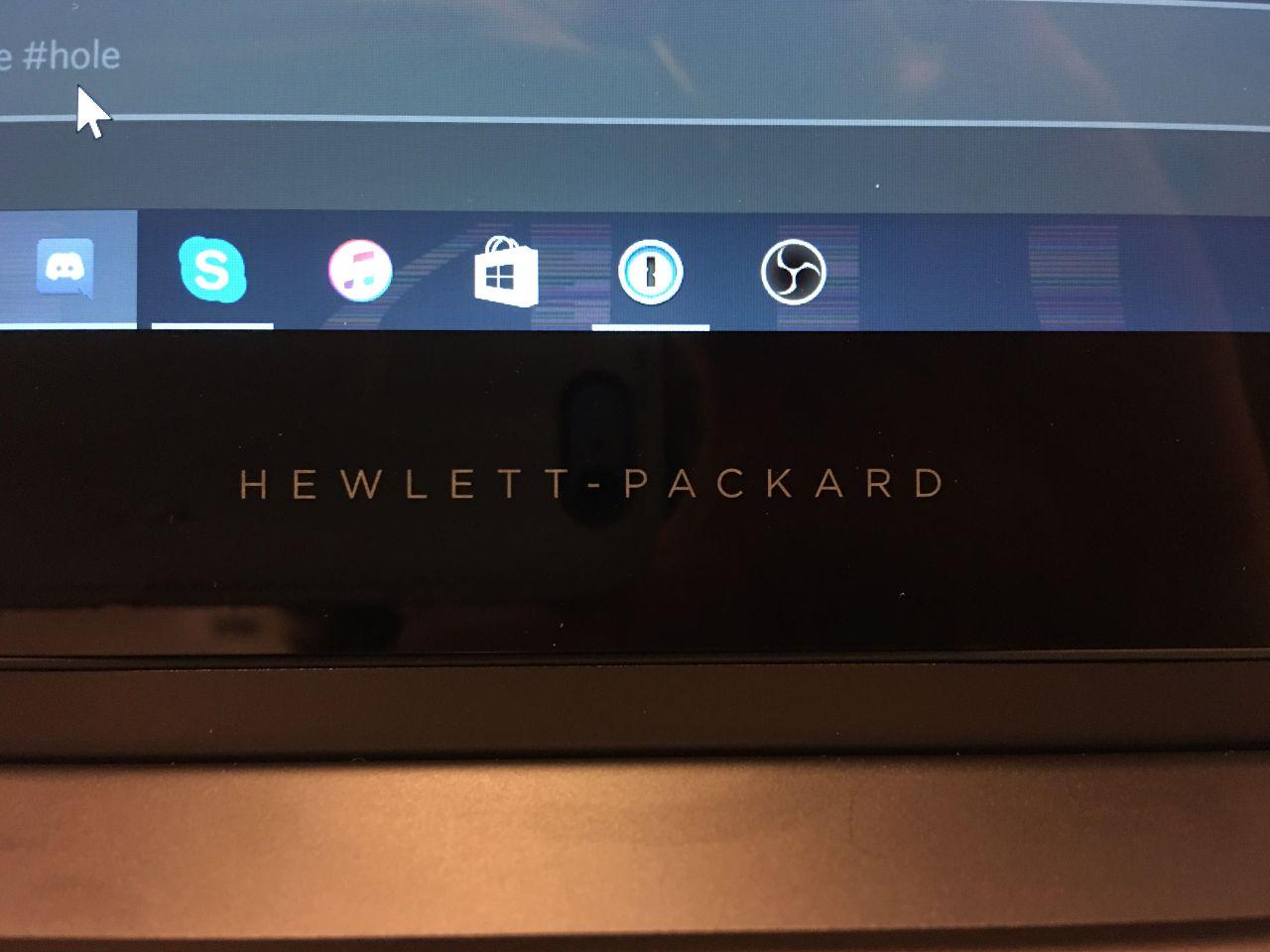 Despite having never seen 80% of the displayed devices in person before, I am able to spot the Spectres quickly, which is a good sign. I am immediately elated by the contrast to the depressing mushbooks I remember HP making in the oughts. The bezel… the brilliance of the display… the details of the visible body. I open Extratone. I open The Verge. I am hoping that Windows 10 will not be as much of a kicker as I’ve expected.

I’m not a minute before Mom and Zoroaster have found the new MacBook Pros. Nobody remembers the password to the 13-inch, but the 15 is showing off its “deep blacks” and “Space Gray” mood. The Verge looks phenomenal, and its icon in the touchbar catches my eye. I manage to use it to switch tabs, the less-attuned degenerate in me noting the extra spanning required over CMD-TAB.

“Have you tried the new keyboard?” asks Zoroaster.

I hadn’t. It’s as indescribable as you’ve heard, but suggests legitimacy is Apple’s effort to bridge the transition from physical keyboards to their touch replacement. Terrifying legitimacy.

I open Pages and click out something ridiculous. Yeah… click. I’m sure there’s a better onomatopoeia available by way of just about any technology website, but I didn’t bother to study the sensation after realizing that it’s a con for my number one use of a Portable Computer – clacking.

It’s not as if the thing isn’t gorgeous, though, in its way. After years of usership, I can tell you that it is undoubtedly a superb execution of the MacBook marque. It’s polished. It’s The New One. But it is also bleak and slateish. Some might even say dystopian. Do I want to carry such a thing around with me everywhere? Do I even want to carry it out of the store? What will I tell my friends? What will I tell my staff?

$2,000 of my future spent on what is now a piece of distinctly establishment design…

I return to the x360 to see what can be done about Windows’ appearance these days.

Let me be honest with you – I spent some ninety minutes going between the two. Even if I’d endured the shame and self-disappointment of choosing the MacBook Pro, the simple grunt of the challenge the Spectre presents to it is no small milestone.

As Zoroaster scrambles to remove my new machine from The Hanging Jail, I am drained from the decision, but aware that my perspective on the world has changed. I’ve been working on an editorial for the past few weeks that’s mostly alarmed howling about the industry’s utter lack of passion, as of late, but seeing the Windows-running department’s devices and their matured design – finally beautiful without obvious Apple influence – had truly revived some little flame of hope within me.

Lithe Zoroaster was confused by UPCs a bit, as is understandable, and began juggling three Spectre boxes atop the prison lift, screaming the numbers – one at a time from each device – to his bewildered disciple, below.

Throughout the later half of the whole ordeal, I’d had company – some sort of blonde working man who’d also braved the frictionless waste to calm himself with debt. I’d been elated at the opportunity for companionship, at first, but he’d found himself unable to escape the store’s bespoke Apple Hole. I did my best to help him, but failed hoist his girth from the 15’s benchmark suction. I’d left him there, bound. May my dreams n’er be haunted by the fading portrait of his tortured, middle class face.

As the Best Boys did their dance, he somberly came to my side. The grimace he’d worn in the struggle had fallen away. I knew what was coming before he formed the defeated words: “go ahead and grab me the 500 while you’re up there.”

As one does when they stumble upon a stranger’s funeral, I bowed my head.

Here begins the part that sorta makes me look like an idiot.

After signing my mother’s lengthy loan agreement, Zoroaster – the little devil – asked if I wanted the Special Edition, just behind me. I’d stopped by last year’s Big Boy Spectre – the ballsy-ass copper-toned masterpiece – and had wished for a moment that the look could’ve carried to the fresher x360.

The monospace Hewlett-Packard logo blinded me, and the unlit display (it hadn’t been set up yet) concealed the wider bezel of… The older Spectre 13t – with which I write, now.

I didn’t notice my blunder until after our treacherous return, and could not care less.