How I Maintain a Vocabulary List in Drafts with Terminology 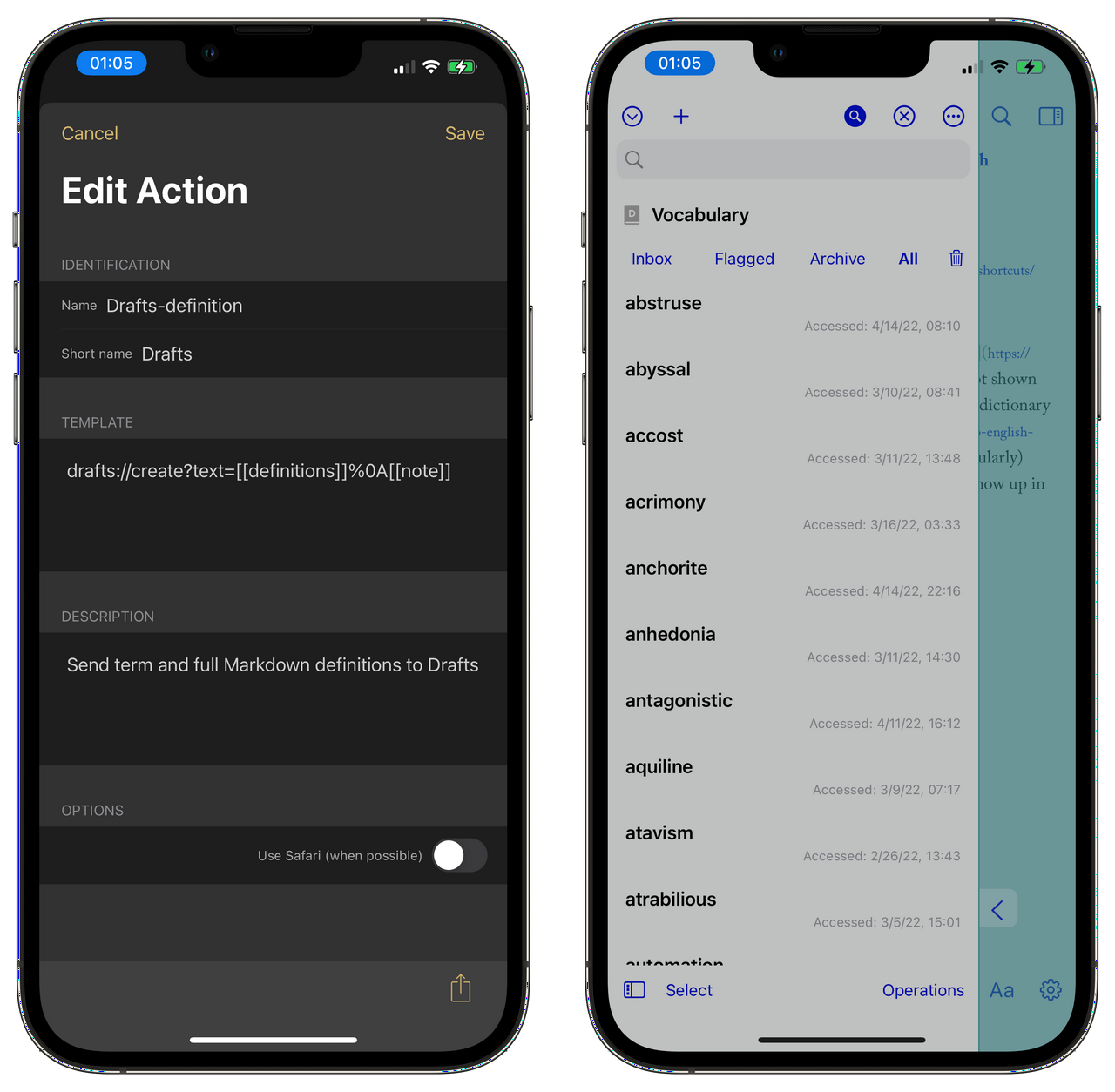 As I wrote in my app store review of Terminology (which is not shown publicly, I’ve since learned,) I prefer it over popular dictionary apps like LookUp (which I also have and use regularly) because it allows me to add new terms that don’t show up in search results. Somehow, the idea that one might store words that don’t necessarily appear in any dictionary seems a foreign one to the creators of LookUp, which I’ve since found out to be the cause of its Siri Shortcuts actions failing on me.

@lookup_ios it'd be so amazing if this worked. or is there another way of batch importing a list of terms to a collection? pic.twitter.com/QBASeQzyXO

Terminology does support adding “custom” terms, if unintentionally, through its “notes” function. Because it’s related to Drafts (they’re from the same creator,) it was quite easy to “integrate” the two in order to form the workflow you see demonstrated in the video below.

First, I use the Lookup in Terminology action paired with a keyboard shortcut (^⇧D) in Drafts to search a selected word in Terminology. There, I “like” the word and – if needed – add a definition via the notes button (immediately to the left of the heart in the upper right corner.) I’ve configured a custom button – “Drafts-definition” – (which you should be able to import with that hyperlink) that sends the term including its notes back to Drafts with the following configuration:

That button results in a new Draft in a specific format, demonstrated by this example: 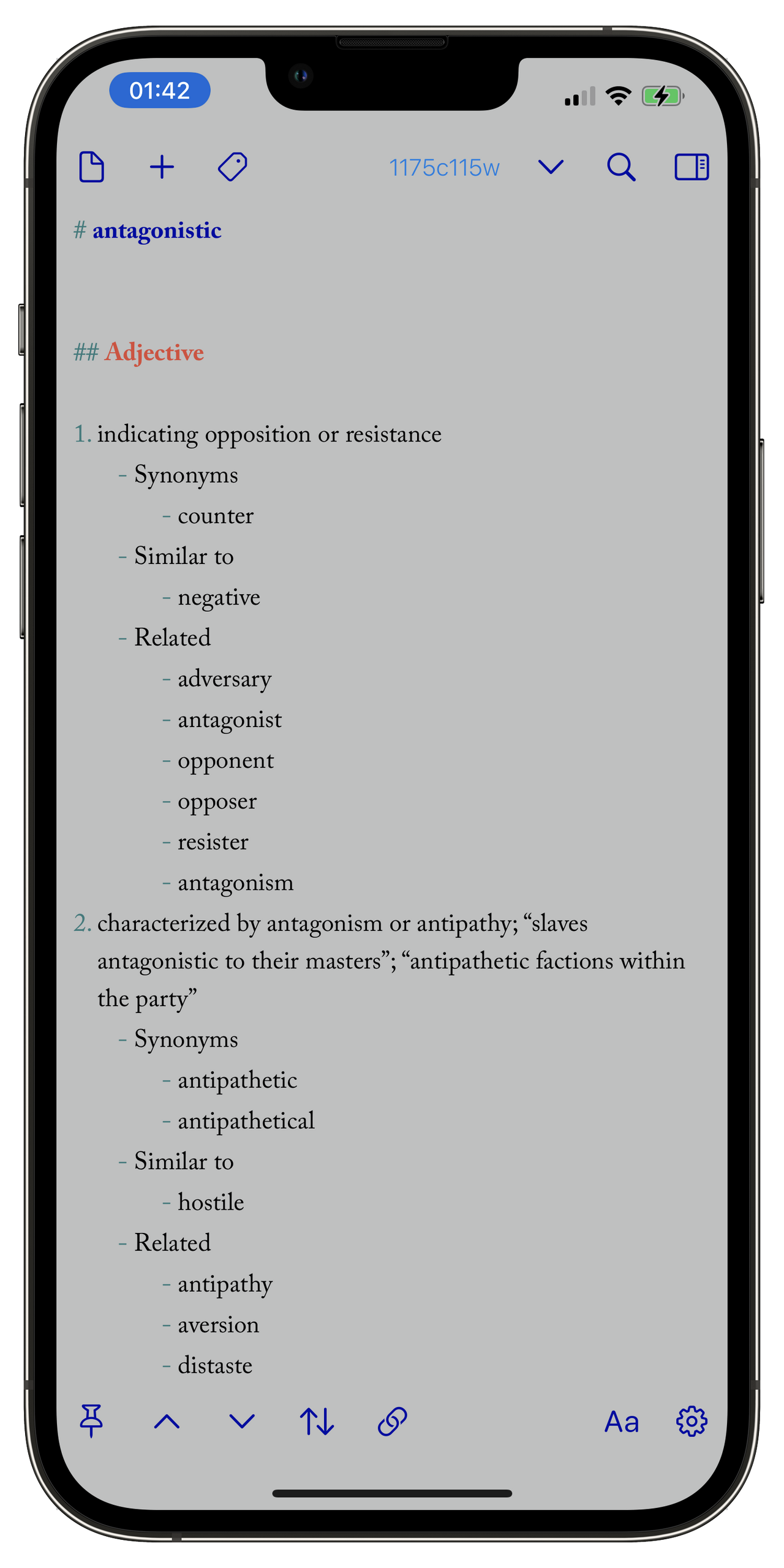 I then manually add the “Vocabulary” tag to the Draft, completing the process and placing it within the parameters defined by my Vocabulary workspace, which shows only drafts with that tag, sorted alphabetically.

For the past few weeks, I’ve been wreaking havoc on NeoCities’ global activity feed using the action group I created on the /drafts directory of davidblue dot wtf. Specifically, the action that uploads HTML files to that directory named by the UUID of the draft. (Here’s the corresponding link for this post, for example.) With consequent draftopenurls left in the footer of each as per my current, more or less universal HTML template, I’m able to immediately open the appropriate draft locally. 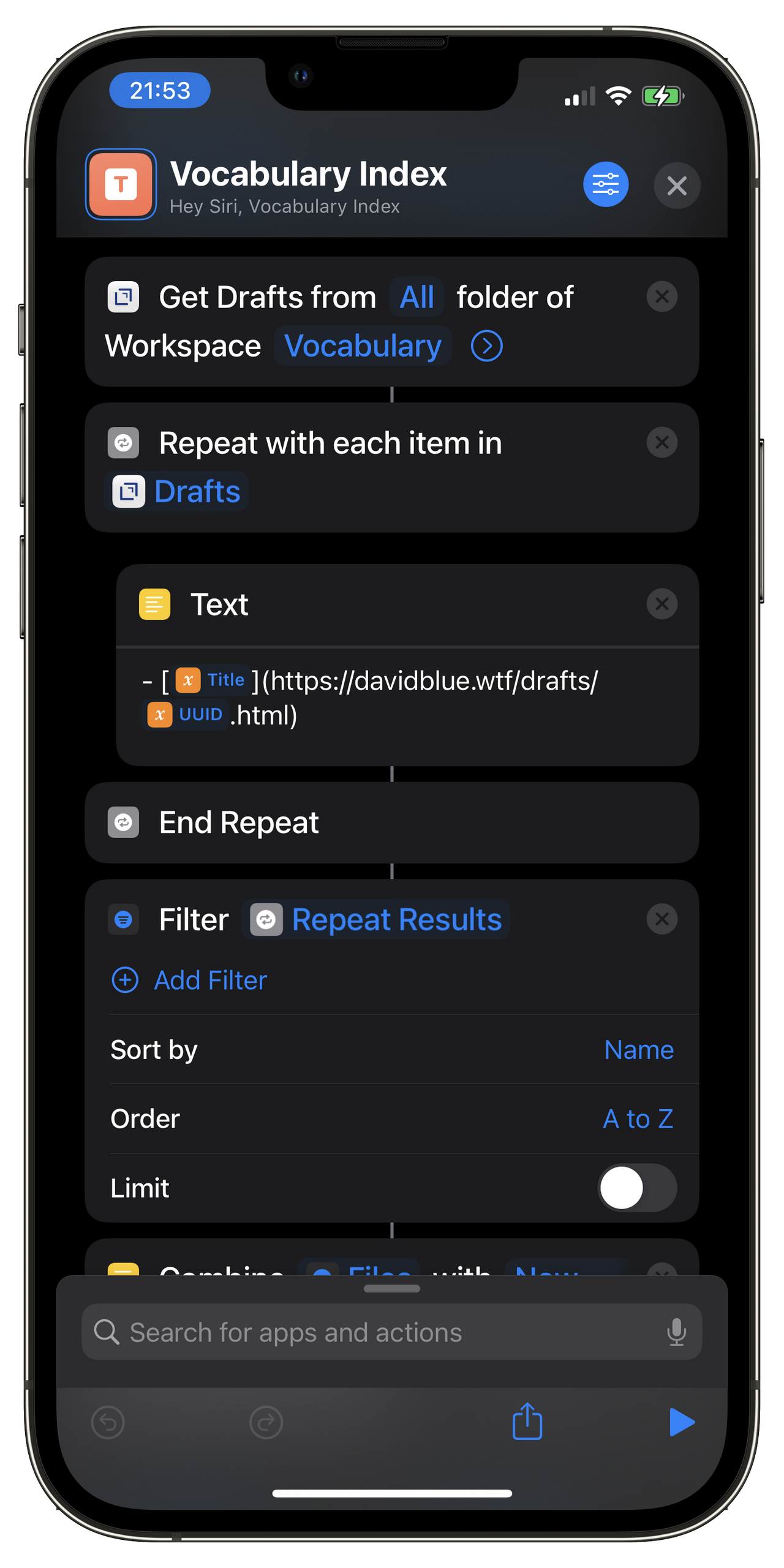 In order to maintain an updated index of the whole list, I’ve created a Siri Shortcut which transforms the UUIDs of the drafts in the vocabulary workspace into markdown-formatted hyperlinks of their web-dwelling counterparts. 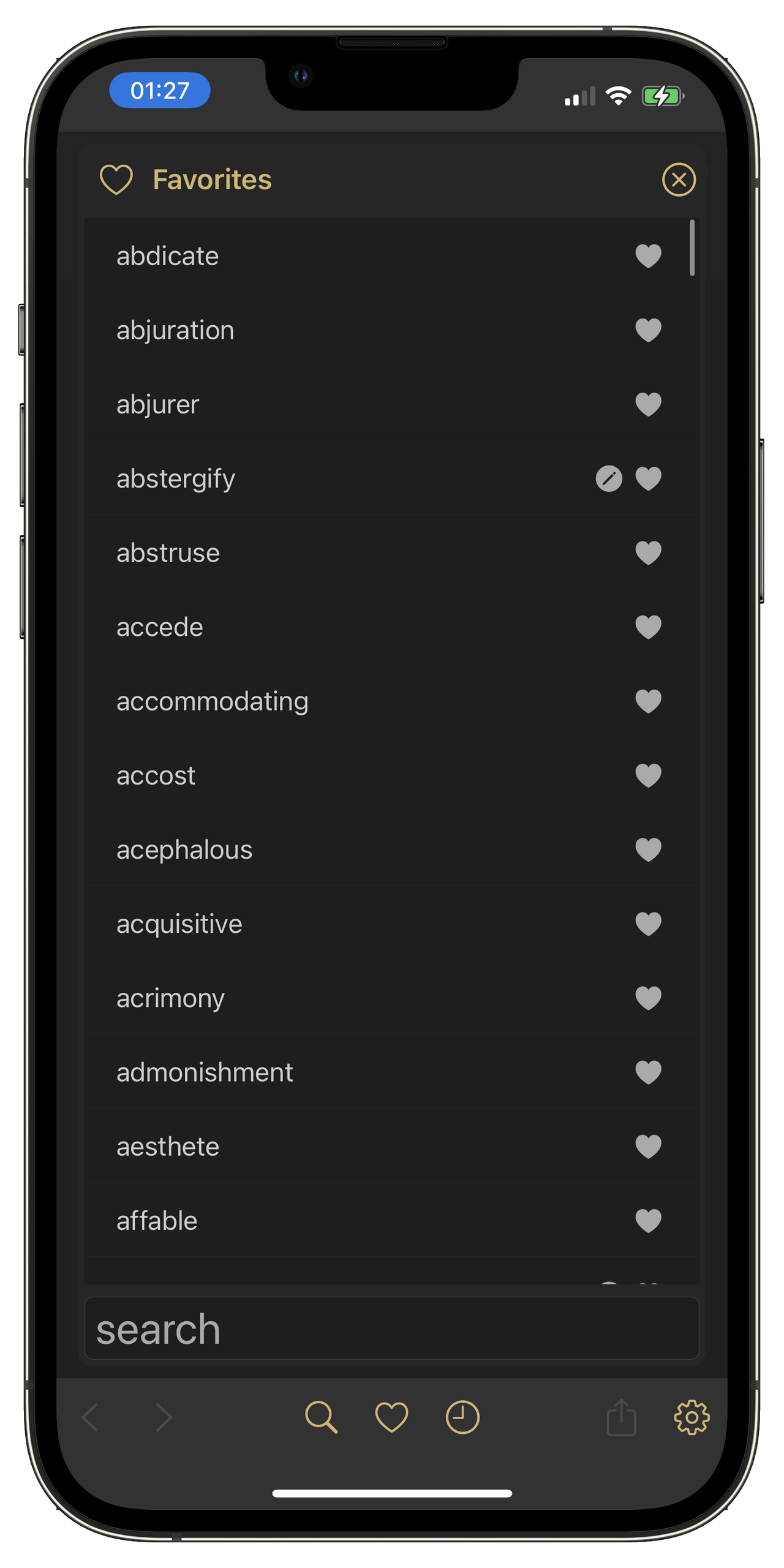 Even if you’ve no intention of publishing your personal vocabulary – or integrating it with Drafts – Terminology is still the dictionary app I’d recommend over any others.