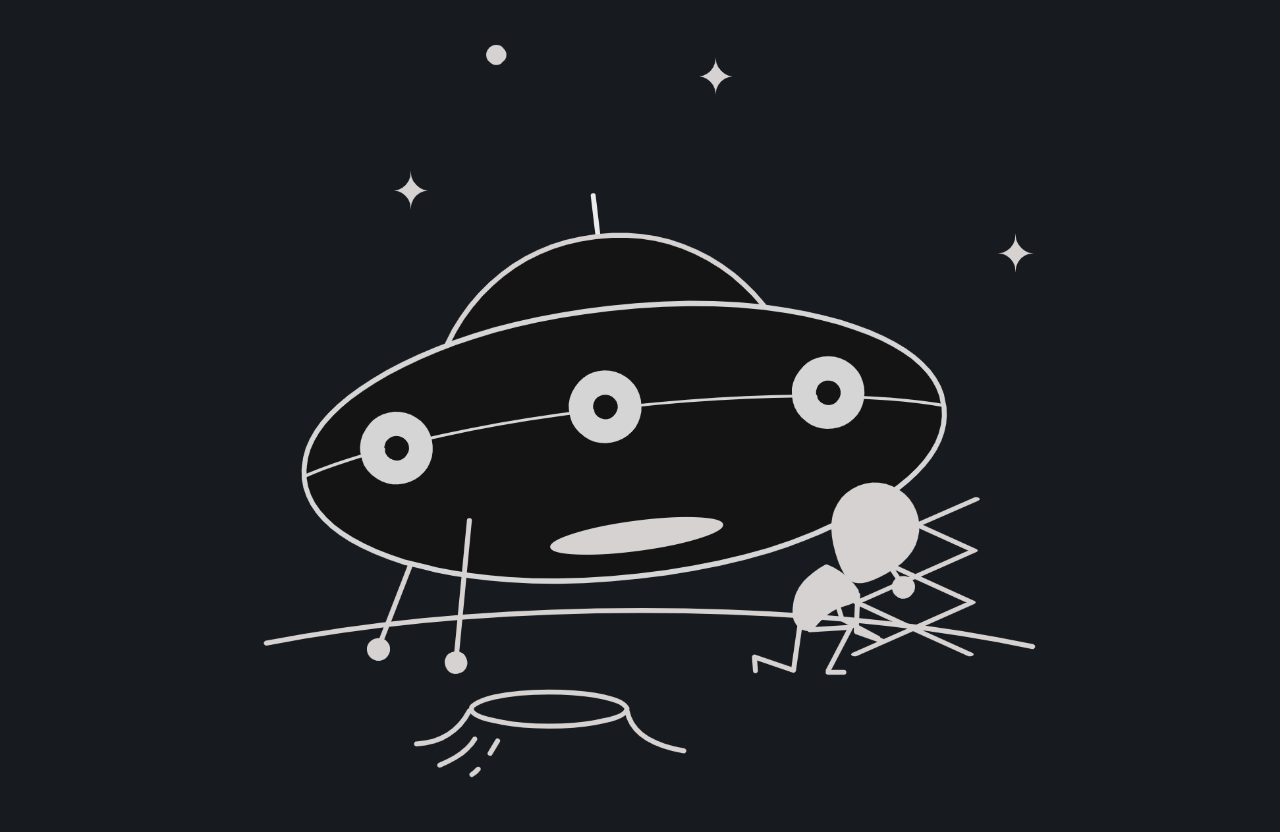 Opera's no-connection mascot is the cutest branding on any current web browser. Fight me.

Yesterday, I finished moving out of the situation I’d been living in for ~6 weeks in the basement of a southeast Portland home near the western base of Mt. Tabor. You'd see it just across from the flat Washington Mall-ish grass rectangle that provides daring suburban explorers their most worthwhile reward for reaching the top. It resembles one of many local residential templates which I was completely unequipped to understand when I arrived in the area last year. You'll never observe any of its inhabitants outside doing any of the things people do when they are unaware of – or unconcerned with being observed. Walking by an afternoon front yard “family gathering” (young white parents and their one or two children) is a prospect of haste. Introducing new movement to the vicinity after the sun has gone down stirs a disruption from deep within its energy. Everyone in this town is afraid. I say it’s an unnatural way to live, but I’m just a fucking bumpkin.

As you may or may not have observed, the vast majority of my working being lives on the World Wide Web, which requires, fundamentally…. An internet connection. In most any other present-day first world circumstance, these are infinitely available, but I discovered – after the moving process was entirely completed, of course – that my tenants did not actually have an in-house connection of their own. They explained to me that their neighbor – an “IT professional” for IBM – had offered to let them use his WiFi network, and they’d found the arrangement sufficient. However, because IBM is The archaic marque of digital fascism (disclosure: they are also my sworn blood enemy,) it wasn’t altogether a surprise when they told me that his offer did not extend to “guests.”

I considered that a defined period of WiFi fasting at home could make for an interesting experiment – perhaps even a needed mental reset – and I couldn't reasonably afford to acquire my own dedicated 4G hotspot, anyway. The reality became a relentless paranoid battle for any trickle of access – sometimes for a dozen bytes per second; for just the most basic digital communications like SMS and email – which led to more superstitious hypotheses about precarious antenna orientation, progress bar hallucinations, out-of-control frustration, and hopeless fixation with refresh commands than I remember from 2nd generation cell networks in the Midwest, 10 years ago, or even domestic dial-up, and truly revealed the extent to which I'd taken connectivity for granted.

My observations of my own behavior throughout this drought are worth more than their mild amusement: even this petty disparity (I was never more than two or three yards from nearly-whole signal at the top of the outside stairs) re-sensitized my perspective to the abstract concept of network unreliability which I'd been entirely spared since prepubescence. Though 4 billion human beings now regularly interact with the World Wide Web, their connections span a mathematically gargantuan spectrum of speed and reliability. In urbanizing myself as an adult, I have unconsciously latched on to the entitled ideal that internet access is a public service and accepted dramatically-increasing dependence on services that engorge greater and greater volumes of bandwidth without any explanation but their lack of incentives for efficiency. I reflect on my relationship with technology every day, yet I still became an oblivious data glutton in mind-bogglingly little time.

The current state of connectivity in the United States, alone is quite alarming under 5-year-absent examination. Mobile carriers are still merging and the compartmentalization of all ISP customers between prioritization tiers continues to be tested, less encumbered by regulatory safeguards than ever. I don't know my politics on this issue, nor do I have any specific solutions, but I'd point to the work of the National Digital Inclusion Alliance, and express only that I hope the pace of the technology's progress is greater than the growth of its merchants' imaginations and the scope of their greed so that the sheer volume of plenty overcomes even the shortest-sighted, and humanity as a whole continues toward a more just distribution of connectivity. What I am in a position to share are the revelations about our current infrastructure, software services, and hardware devices I could only have discovered from such an experience.

I remember standing on top of a John Deere combine's 15ft-high roof in order to successfully make a telephone call 10 years ago – one of thousands of behaviors which were more abruptly and universally required for a few years and subsequently more abruptly forgotten than any other such united tick in American history. This blip of shared technological adversity also led to an unfathomably vast collective mythology surrounding incredibly tedious manipulation of our archaic handsets in varying degrees of desperation for just one bar.

My Sprint plan includes unlimited 4G LTE data for my iPhone 8 Plus with a 10GB tethering limit – which performed so admirably in the lonely role of my thin tether to the rest of the world that I am obligated to actually use the phrase like a champ, but the quality of its connection is dramatically impacted by the studio apartment's depth. From the space's geometric center at stomach-level, the handset indicates “1x,” meaning CDMA 1x, which is technically a data connection, but certainly not in any usable sense for the network applications of 2018. The native Twitter app, Apple Mail, Snapchat, Instagram & Facebook, Safari, Opera Mini, Firefox, Chrome, and all others I tested in this condition would simply timeout – giving up after a minute or two of repeated attempts before declining to continue, each in their own minor variations. An interesting anecdote: in a pertinent reflection our human ballooning expectations for connectivity at all times, the language of our creations across both iOS and desktop applications has recently become noticeably less accountable and more accusatory. Instead of saying “____ can’t connect to the internet,” many of the browsers will declare an absolute: there is no internet connection, or just straight up blame the user: “you are not connected to the internet.” (Emphasis mine.) No apologies... No regrets.

Dude, no wifi? Where the fuck are U?

Directly above my head’s place on the bed, the phone could be propped on the sill of the East-facing window on a clear-skied day, enabling it to scrounge up and loosely establish enough contact to receive calls and text messages, claiming 1-4 3G “bars,” and a single in 4G at night, though one overcast Northwestern week basically did it in completely. If we were actually doing something to noticeably increase our old Nokia boxes’ bandwidth bids on those early networks by turning them every which way to find “better reception,” it’s completely futile on current devices. (I’m fairly sure I remember a network professional explaining this to me when LTE was first gaining traction.) It was immediately apparent that orientation had no effect, but the handset’s bearing certainly did… Most sensitively so. I realized quite early on that I should endeavor not to spend too much time standing in different positions throughout the space attempting to will on a browser loader bar above a story I’ve probably read already. Intstead, I committed to the very first position that indicated any correlation whatsoever with a better connection: atop the biscuit tin on the metal rack nearest the outside door.

It’s been three months, but I’m still using my tired old Hewlett-Packard 6930p backup machine, so I was very skeptical about the odds we’d be successfully reliably pairing its ancient network adapter – now worth just $9.99 – with that of A Cellular Phone 10 years its junior without struggling significantly with range or reliability, especially considering that it cannot run a single one of its vast library of proprietary drivers on Linux. You’d at least assume they’d need to be practically touching each other to maintain a smooth marriage, yet the only compromise I had to make on the local end was to bring them near to each other as they paired. Afterwards, I could return the phone to its tin and work on the laptop from the kitchen table, 12-15 feet away. (Curiously enough, the 6930p itself shipped with hotspot capability by way of the SIM card slot behind the unit’s main battery.)

Quantifying the speed of a mobile data connection as you would a dedicated WiFi network is incongruent because the former trades in a much less consistent packet stream. That’s the extent of my knowledge, but it’s easy to visualize: a signal that can travel a mile or two in big globules bound to be intercepted in splashes upon the device’s little antennae, versus your home network’s local, evenly distributed sauna of irradiated mist. It’s much less definite, to say the least, and I can’t actually comprehend the sort of voodoo that’s required in order to expand and maintain the networks as they are, nor would I ever wish to burden myself with such knowledge.